Metro Exodus has sold 6 million copies to date, the Embracer Group has confirmed. 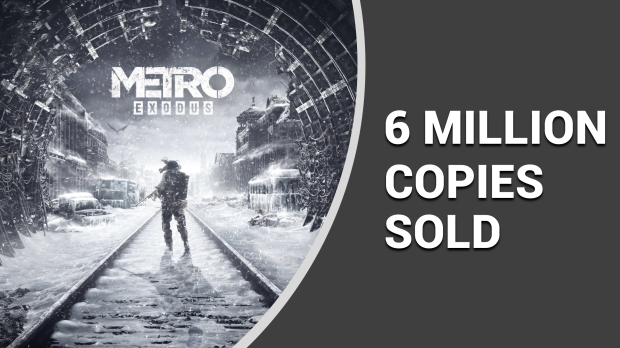 The Metro franchise remains one of Deep Silver's heavy-hitting tentpole franchises and has contributed strongly to overall quarterly earnings. Metro Exodus has sold more than 6 million units since its release on February 2019, making it one of the most popular in the series. While Embracer hasn't given regular updates on total Metro game or franchise sales, these figures are more than respectable and are responsible in part to Koch Media's $78 million revenues generated in Q3'21.

"Back-catalog sales were also driven by the evergreen title Metro Exodus, which has sold 6 million copies since its launch in February 2019," Embracer said in its recent report.

4A Games is currently developing a new Metro game. Here's some details: