Seagate's new Game Drives prep your console for one of the biggest PS5 games on the market. 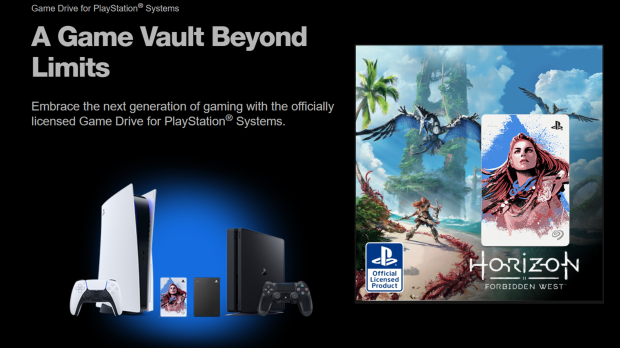 Games are getting bigger and bigger, but luckily Seagate has you covered. Horizon Forbidden West, for example, clocks in at a massive 87GB on PS5 (even though the official PlayStation Store doesn't give exact file sizes). That's 13% of the PS5's available onboard SSD storage, which goes extra fast because the PS5 SSD's nefarious Other section fills up and takes lots of space.

Luckily Seagate has you covered with its Game Drive expandable storage. The latest lineup features Horizon Forbidden West's Aloy and comes in 2TB and 5TB capacities, which is plenty of space for the massive new open-world game.

No pricing or release date have been revealed just yet but expect the HDDs to be available sometime after the game's release on February 18.