A new study published in the journal Environmental Health on the toxic chemical's prevalence. 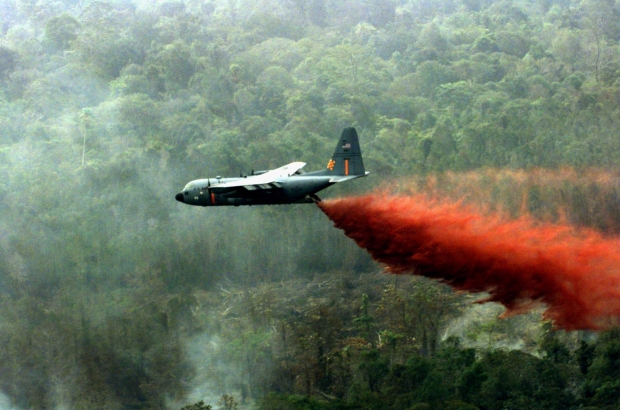 The chemical 2,4-Dichlorophenoxyacetic acid (2,4-D) is one of the two ingredients used in making Agent Orange, which the United States military used during the Vietnam War to destroy forests and crops, but that inadvertently caused illnesses for millions of people. Used worldwide as a herbicide and defoliant, researchers from the George Washington University (GWU) have found that for 14,395 study participants, nearly 33 percent of their urine samples contained detectable amounts of 2,4-D.

"Our study suggests human exposures to 2,4-D have gone up significantly and they are predicted to rise even more in the future. These findings raise concerns with regard to whether this heavily used weed-killer might cause health problems, especially for young children who are very sensitive to chemical exposures," said Marlaina Freisthler, Ph.D. student and researcher at GWU and co-author of the study.

2,4-D is an endocrine disruptor, affecting natural hormone production. It has been classified as a possible carcinogen by the World Health Organization's (WHO) International Agency for Research on Cancer (IARC). Seventeen percent of study participants had detectable levels of 2,4-D in 2001-2002 at the start of the study, which rose to a peak of forty percent nearly a decade later.

"Consumers who want to avoid exposures to pesticide can purchase organically grown food, which is less likely to be grown with weed killers. They can also avoid using 2,4-D or other pesticides on their lawn or garden," the researchers said in a press release.