Sony is going all-in on live games and plans to release 10 new live service games by 2026. Here's what it needs to do in order to maximize revenues. 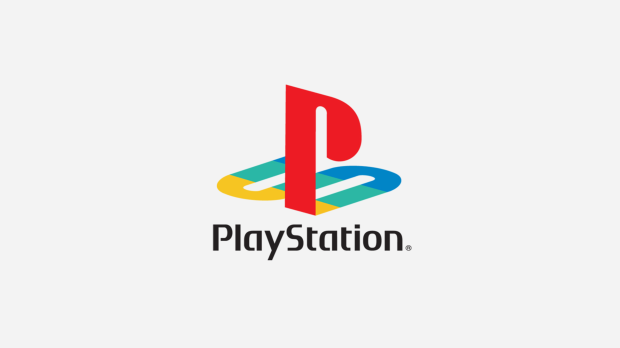 Sony is no stranger to the live games business. Although PlayStation focuses mainly on singleplayer blockbuster games, Sony's games division makes most of its money through live games--and most of these games it doesn't even own. Fortnite, Apex Legends, Warzone, and Rocket League have generated billions for Sony over the years (Fortnite alone has made Sony $6 billion, as per court documents from the Epic vs Apple trial).

Based on the trends I've seen, Sony's live games need to support a few things like:

We'll be going over a few data points to support our theories. 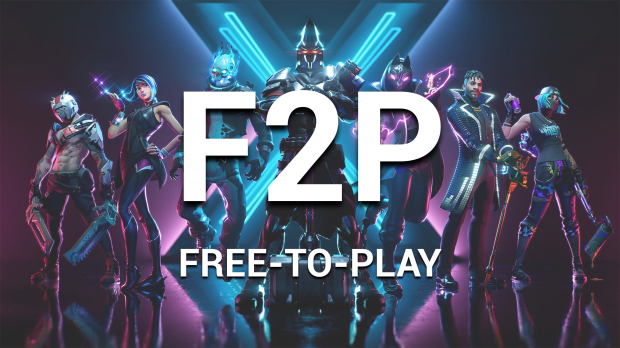 F2P games are huge for PlayStation and remain some of the most popular games on the platform--and rightly so because the lowest possible access bar.

In Holiday 2021, PlayStation made $2.1 billion from add-on content (microtransactions and DLC). That's more than digital and physical game sales combined.

Free-to-play games are solely monetized through add-on content, so it stands to reason F2P games contributed the most here. 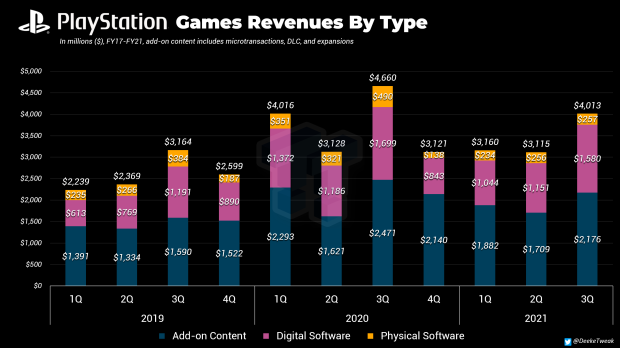 Sony needs to make its games free-to-play in order to eliminate cost of entry and maximize access. 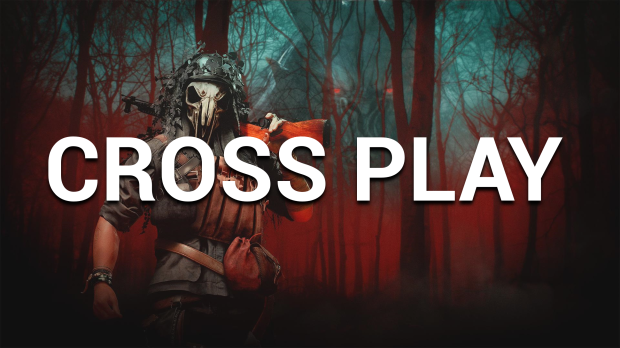 Cross-play is one of the most important new modern features of the games industry.

Sony was hesitant to support cross-play but it turned out to be the best thing they ever did. 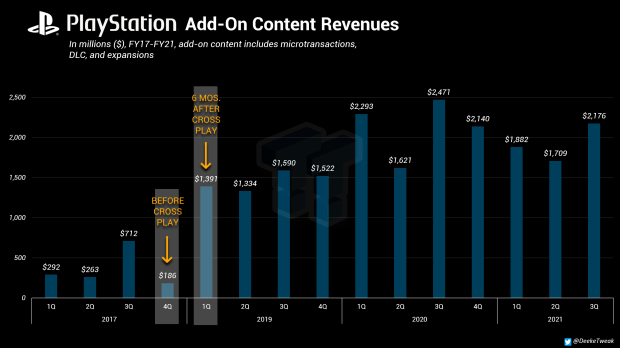 Add-on content revenues went from $185 million in Q4 2017, a year before Sony supported cross-play in major games like Fortnite, to $1.39 billion in Q1 2019, just two quarters after cross-play was implemented.

Cross-play is instrumental for player retention and engagement. Allowing people to play with friends keeps them in the game longer, and the longer they play and invest time, the more likely they will pay and invest money. It's the classic play-then-pay model that powers the live service market. 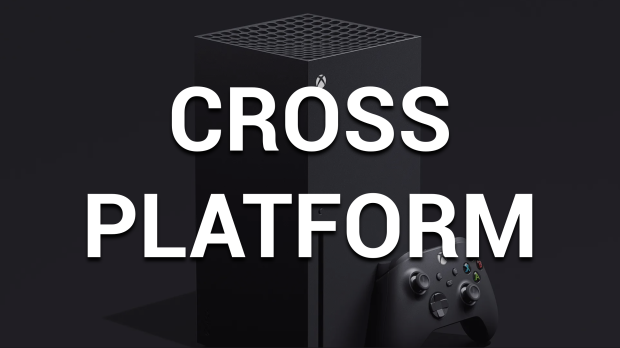 Cross-platform means wider access to games. It's a win-win for service games, which thrive on easy access on all devices. Sony has actually supported cross-platform on its first-party PS4 exclusives by bringing them to PC.

This is different than a no-cost entry for a F2P or live game, but the advantages are still the same. We probably won't see first-party blockbuster PlayStation games come to Xbox, but we should see live games cross over to phones, PC, and hopefully Xbox consoles.

Cross-play and cross-platform work hand-in-hand to boost revenues through widening the playerbase via wider availability.

Some of today's biggest games are all cross-platform, cross-play, and free-to-play. Sony's games should be too if it wants to maximize revenues.

After all, Sony's latest acquisition, Bungie, has one of the most popular cross-platform, free-to-play, cross-play games on the market with Destiny. 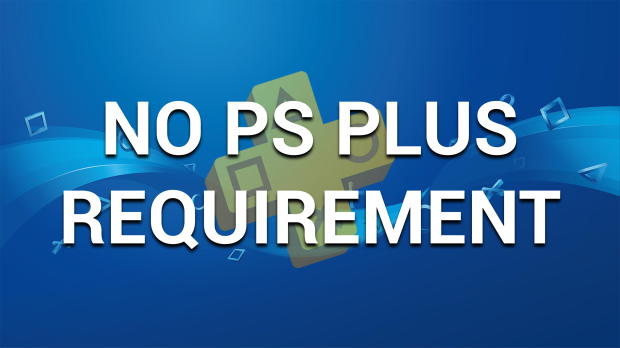 No PlayStation Plus Requirement

Although PS Plus hit a record 48 million subscribers in Q3'21, most PlayStation gamers aren't subscribed to the service. 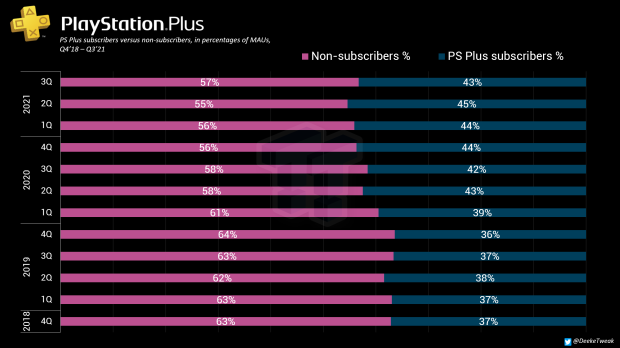 57% of all PlayStation's Q3 MAUs weren't PS Plus subscribers. That's a pretty big ratio. When you take a look at add-on content revenues, which is mostly driven by free-to-play games, one another key trend stands out: The biggest PlayStation games don't require PS Plus in order to play.

Games like Apex Legends, Warzone, Fortnite, Rocket League, and now even the new F2P version of PUBG do not need PS Plus to play online with friends. 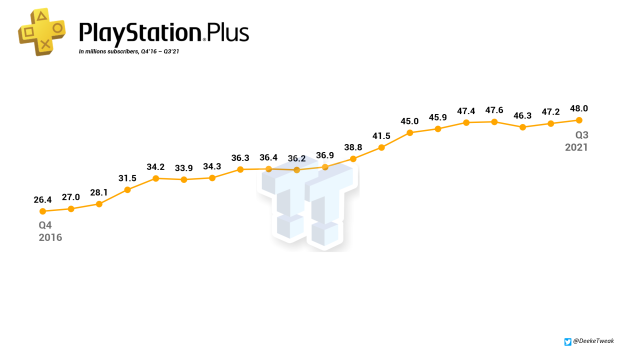 If Sony wants to succeed and play ball with the big leaders it needs to play by the rules.

In fact, PS Plus requirements for online play should be removed entirely at some point. Sony needs to orient its services around value and not restrictions especially with PlayStation Spartacus on the horizon.

That's not to say PS Plus subscribers wouldn't get exclusive access or freebies to in-game live service content...but the online requirement should be removed to completely open up all barriers of entry.

Live service games live or die based on a number of constantly-shifting variables, but one thing's certain: If people don't play your game it's already dead in the water.

The good news is Sony won't have to make all of its live games itself. It can leverage third-party partners like Haven Studio, who is indeed making a live game, and Deviation Games.