It seems that many people within the US public don't seem to believe that the Space Force is an authentic branch of the US military. 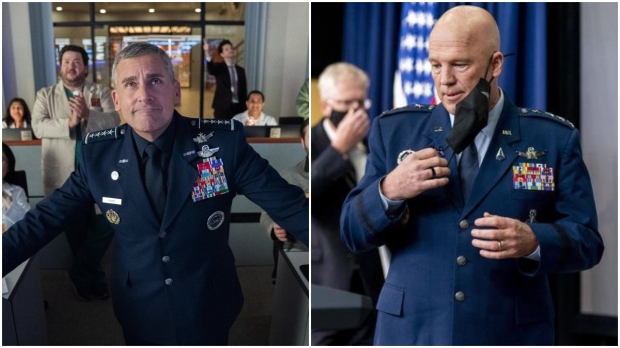 Back in October of last year, a Space Force captain was traveling with their partner and arrived at the Spirit Airlines ticket counter to receive their ticket. The Space Force captain asked the ticketer to apply the waived baggage fee for active-duty military personnel after explaining they were an officer with Space Force. The Spirit employee didn't believe the officer was on active duty or that the branch of the military existed, even after the officer showed the employee a military-issued ID card.

The officer spoke to Military.com, saying, "In the moment, I was flabbergasted. We tried to take it on methodically and convince him that the Space Force was real." Former President Donald Trump signed in the Space Force under the Department of the Air Force two years ago, and it seems that despite the time, many individuals don't seem to believe in its existence.

Another example comes from Conor William Deans, a Space Force ROTC cadet at The Citadel in Charleston, South Carolina, who explained to Military.com that he was sitting in a restaurant with his fellow cadets when a random individual asked him what branch of the military he would be joining. Deans replied by saying he will be joining the Space Force. The random individual said, "Space Force? Is that real?". Deans said to the publication, "I tried to explain to him what it was, but he seemed even more confused."

To read more about this story, check out this link here.