As a resident of South Australia and a big fan of Stanley Kubrick's masterpiece 2001: A Space Odyssey, the news that they're building a black box just south of me in Tasmania is both awesome, and alarming. 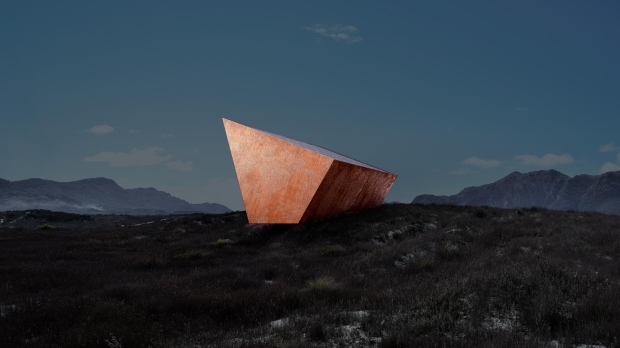 As for what data it will be collecting: "It will collect measurements of land and sea temperatures, ocean acidification, atmospheric CO2, species extinction, land-use changes, as well as things like human population, military spending and energy consumption. And it will collect contextual data such as newspaper headlines, social media posts, and news from key events like Conference of the Parties (COP) climate change meetings".

Jim Curtis from Clemenger BBDO, who are collaborating on the Earth's Black Box project with researchers from the University of Tasmania, as well as others, said: "Obviously it's really a powerful concept when you say to someone, 'Earth's got a black box'. Because they're like, 'Why does it need a black box? But first and foremost, it's a tool. The idea is if the Earth does crash as a result of climate change, this indestructible recording device will be there for whoever's left to learn from that. It's also there to hold leaders to account - to make sure their action or inaction is recorded".

"It's built to outlive us all" added Curtis.

The website for the black box explains that the new installation would "provide an unbiased account of the events that lead to the demise of the planet, hold accountability for future generations and inspire urgent action. Unless we dramatically transform our way of life, climate change and other man-made perils will cause our civilization to crash. Earth's Black Box will record every step we take towards this catastrophe". 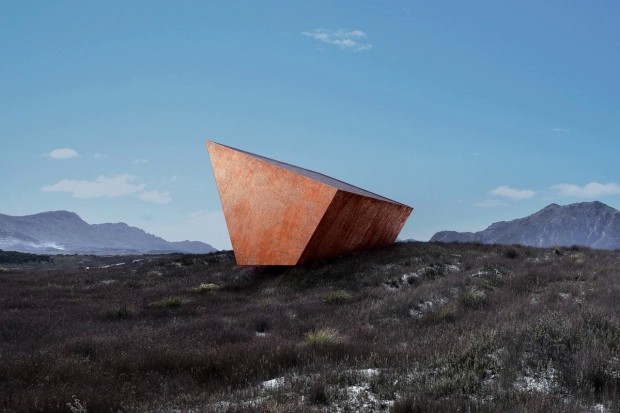 Better yet, Earth's Black Box will record data both backward, and forwards through time -- how? Well, it will access the internet and access historical climate change data. From the day it's built and active, it will begin recording even more information on the continued history of our planet.

Inside, the black box is filled with storage and internet connectivity while solar panels on the roof will power the structure, meanwhile there's battery storage for backup power storage. During the day, the black box records scientific data using an algorithm that will be working through climate change content from the internet... like a huge, solar-powered Greta Thunberg.

The developers estimate that through compressing and archiving, there's enough storage capacity inside Earth's Black Box that can store the required data for 30-50 years. I'm sure there will be some Thunderbolt 4 ports on there somewhere, so maybe they can do some upgrades in the future. I'm sure it won't be the only monolith, sorry, black box for the planet. 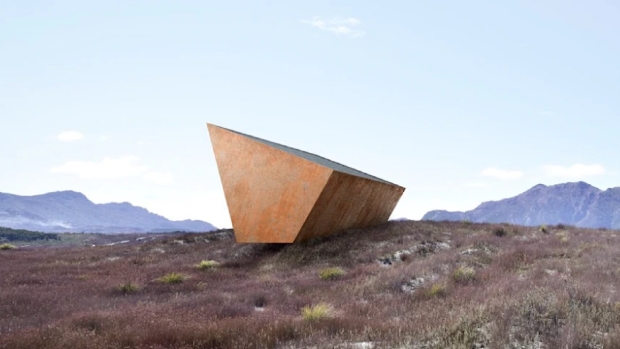 The developers explain: "That is a [question] that we are still working on ourselves. But it can be assumed that it will not be of any use unless it is discovered by someone or something ... with the capability of understanding and interpreting basic symbolism. Like the Rosetta Stone, we would look to use multiple formats of encoding. We are exploring the possibility of including an electronic reader that stays within the box and will be activated upon exposure to sunlight, also reactivating the box if it has entered a long-term dormant state as a result of catastrophe".

A digital platform will be built where a data bank that will continuously expand will be accessible, with plans to open up the data to people who could connect wirelessly to it, and visit the website. The developers added: "There are other features we are playing with such as transmitting summary stats in longer intervals into space, and having [a] "heartbeat" that communicates that the box is on and actively recording to on-site visitors".