Comet Leonard was discovered at the beginning of 2021, and since then, it has been a honing point for astronomers looking to observe comets. 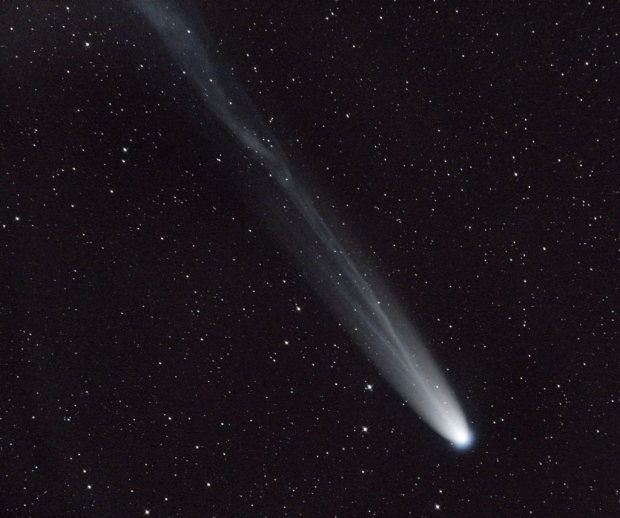 Astronomers were particularly interested in Leonard it's a comet that has traveled from the cold outer zone of the solar system. Researchers mapped the trajectory and orbit of the comet and found that it would be making a relatively close approach to Earth and the Sun. As Leonard made its way towards the inner solar system, it began doing something unexpected, it was dimming. Researchers were puzzled by this as a comet coming towards Earth should appear brighter as the distance between Earth and the comet is reducing.

Additionally, a comet traveling closer to the Sun should be warmed, meaning it would shed more of its material that would then be visible to observers. However, this wasn't the case. As Leonard approached Earth, it stopped brightening, but as it continued to make its way closer to the Sun, Leonard switched its stance again as it was blasted by solar wind from the Sun. Leonard stopped fading in brightness, and its tail changed into twisted ion streamers, as seen in the above image.

"Somehow it decided to return to life and unleash a couple of outbursts that reversed the fading trend," Quanzhi Ye, an astronomer at the University of Maryland who specializes in comets, told Space.com.

"What we see here are all sorts of visual effects caused by the influences from the solar wind. Most of the fascinating effects that we see in the pictures are from the ion tail," added Ye.