NASA launched the next-gen James Webb Space Telescope on Christmas Day 2021, and an amateur astrophotographer has captured a key moment in the legacy of the new space telescope.

Ethan Gone, an amateur astrophotographer, had a goal of photographing the North American Nebula and Rosette Nebula, but while he was viewing the region for the photographs, he wondered if his equipment was able to take images of the James Webb Space Telescope on its way to its destination.

After making some adjustments, Gone was able to capture NASA's newest space telescope and noticed that it was moving locations between frames, which birthed Gone's idea of making the above timelapse video. At the time the images were taken, the James Webb Space Telescope was flying across a nebula that's located close to the brightest star of Orion's Belt - Alnilam.

"When I found it moving in-between frames, I realize I can make a timelapse video of it moving in the sky. So, I scratch my plan of the rest of the night, and make JWST the target of the whole night. I feel very humbled and emotional watching the small dot flying away, carrying our hope and curiosity, into the dark and cold, yet magnificent universe, so I decide to make a video, in hope of sharing the feelings with more people," the astrophotographer writes. 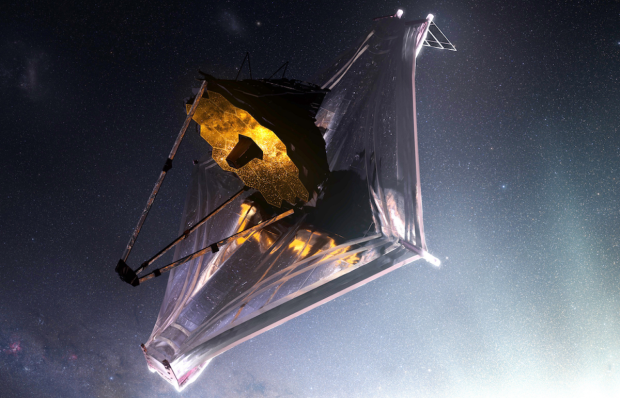