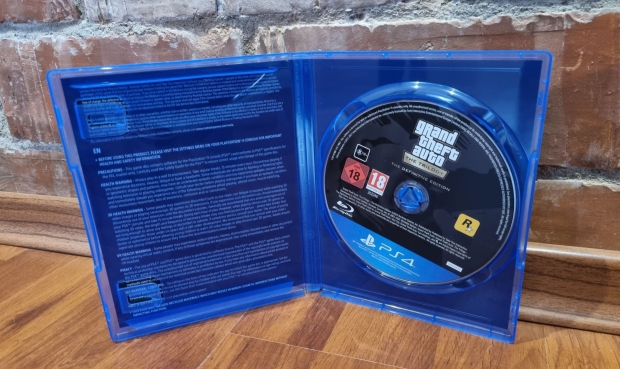 Anyone looking forward to getting old-school maps with their disc copies of Grand Theft Auto: The Trilogy - The Definitive Edition will be disappointed. The physical disc versions are like practically every game released in this era and don't come with any manuals, maps, etc. This is the first physical Grand Theft Auto game to ship without a map.

Instead you get a disc copy of the game running the older v1.02 patch. The game is currently on version 1.04 and counting. Sadly there's no reliving those old PS2 days with a map of Liberty City, the tropical Vice City, or the dangerous streets of San Andreas. The maps were actually pretty useful and served as iconic posters to hang up on the wall, and have become collector's items since the early 2000s.