A galactic jet has been ejected from the only black hole that humans have ever taken an image of, and researchers believe it's shaped like a helix. 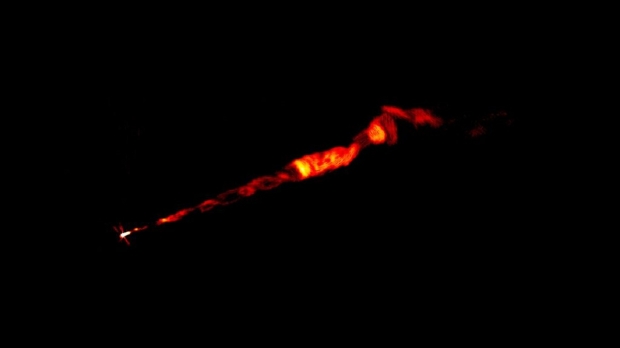 According to a statement from the National Radio Astronomy Observatory, the black hole is located 55 million light-years from Earth at the center of the elliptical galaxy called Messier 87, which is the same and only black hole ever to be photographed. The National Radio Astronomy Observatory states it operated the Very Large Array and found that the jet is shaped by a corkscrew-shaped magnetic field that stretches from the center of the black hole out at a distance close to 3,300 light-years.

"By making high-quality VLA images at several different radio wavelengths of the galaxy Messier 87 (M87), we were able to reveal the 3-dimensional structure of the magnetic field in this jet for the first time," said Alice Pasetto, lead author of the study and an astronomer at the National Autonomous University of Mexico. 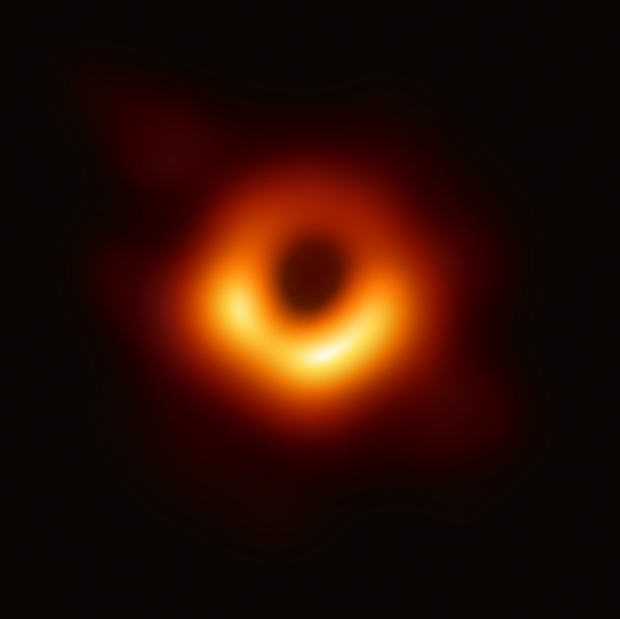 The recent observation of this magnetic field marks a milestone as it's now the longest magnetic field detected for a galactic jet, according to the National Radio Astronomy Observatory. The researchers explain that helical magnetic fields are typically found closer to the center of the black hole, as they are assumed to play a role in creating a narrow jet. However, researchers were surprised when the helical structure of the jet for Messier 87 extended so far.

"Helical magnetic fields are expected close to the black hole, and are thought to play a highly important role in channeling the material into a narrow jet. But we didn't expect to find such a strong helical field extending so far outward," said Jose M. Marti, co-author of the study and an astronomer at the University of Valencia in Spain.

Observations revealed that the total length of the Messier 87 galactic jet that shoots energy and matter out into space is around 8,000 light-years long.