If you've been waiting to play all of the Uncharted games and wanted to enjoy them with the best graphics and performance? Well, that's what the Uncharted: Legacy of Thieves Collection on the PlayStation 5 will deliver. Check out the pre-order trailer:

Uncharted: Legacy of Thieves Collection will include Uncharted 4: A Thief's End and The Lost Legacy, both releasing on January 28, 2021, on the PlayStation 5. The PS5 version of the game includes some next-gen features including multiple display modes (Fidelity, Performance, and Performance+ Mode), near-instant load times, DualSense controller support, and more. 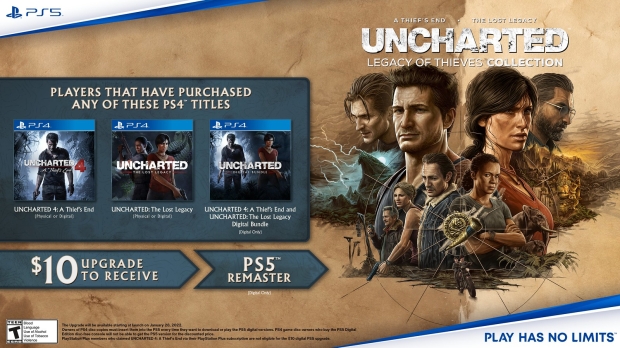 Uncharted: Legacy of Thieves Collection releases on PS5 on January 28, 2022, and will also be coming to the PC sometime later in the year.