Two more PlayStation exclusives are coming to PC next year, showing that Sony is doubling-down on multiplatform adoption.

Sony is releasing an Uncharted Legacy of Thieves two-pack bundle on PC and PlayStation 5 sometime in 2022, including Uncharted Lost Legacy and Uncharted 4: A Thief's End. The PS5 version is set to launch before the PC port in early 2022, and neither Sony nor Naughty Dog have detailed the PC optimizations (but we should expect additions like uncapped FPS/60FPS, high resolution textures, ultra-wide support, FOV sliders, and more).

This marks the third instance of a first-party PlayStation exclusive to drop on PC, first with Days Gone and then with Horizon Zero Dawn. Sony actually confirmed Uncharted's arrival on PC way back in May during a special investor's meeting.

This is a remaster for next-gen hardware so expect all the bells and whistles on PS5 include Dualsense haptic feedback, ultra-fast loading, 4K gaming, etc. The game is releasing on Steam and the Epic Games Store on PC. 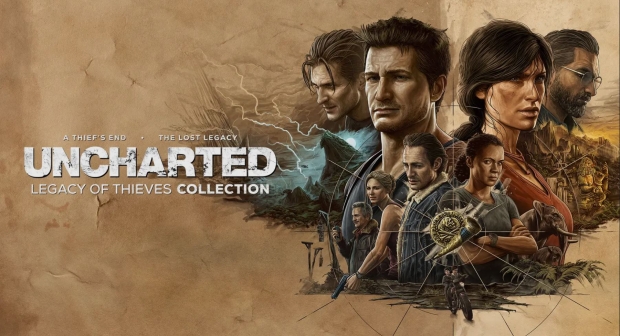