Halo Infinite's full worldwide unlock timings have been announced by 343 Industries--here's when you can play the campaign. 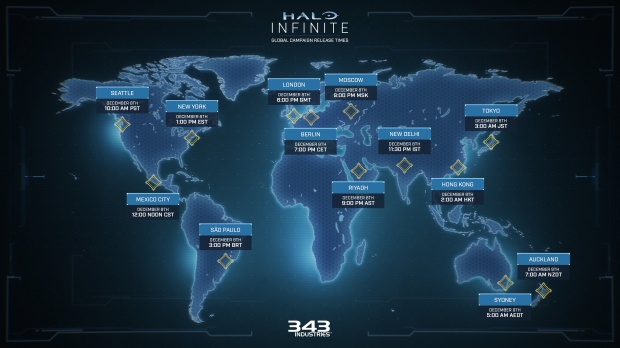 Halo Infinite's campaign is just two days away from release, but fans will have to wait until the actual day of December 8 to play it. 343i has confirmed Halo Infinite will not have a midnight launch the night before official release similar to other Bungie-era Halo games. The good news is the campaign is releasing simultaneously across the globe at the same time.

Check below for exact times per specific region: