What appears to be a cube-shaped object has been photographed on the horizon of the Moon, and now a lunar rover is on its way to check it out. 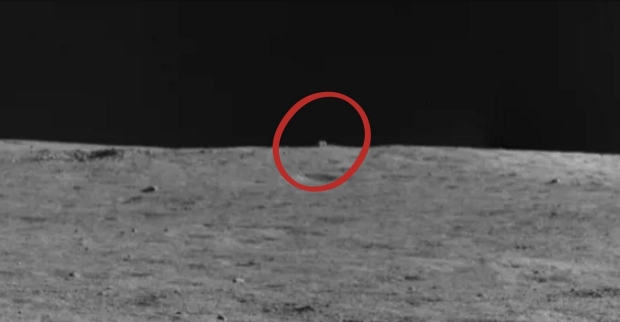 China's Chang'e-4 lunar lander mission introduced the Yutu-2 rover to the lunar surface back in 2019, and since then, it has been exploring the barren landscape, relaying any valuable information back to China National Space Administration (CNSA). According to Andrew Jones, a journalist that covers China's space program for SpaceNews, the Yutu-2 rover is located in the Von Karman crater, and the cube-shaped object is on the northern horizon approximately 80 meters away from the rover.

Jones goes on to say that the cube-shaped object is being referred to as "mystery house", and that the next 2-3 lunar days will be spent bringing Yutu-2 closer to the object. For those speculating that the cube-shaped object is an alien house/obelisk, Jones says it's more likely that it's a large undiscovered boulder that's been created from an asteroid impact. If you are interested in reading more about this story, check out this link here.