Astronomers were trying to measure the dark matter profile for one of the Milky Way's satellite galaxies and discovered a massive black hole at the galaxy's center. 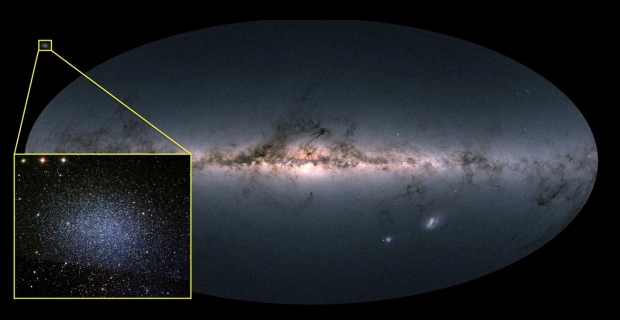 Astronomers from The University of Texas at Austin's McDonald Observatory were inspecting a Milky Way dwarf galaxy called Leo I in an attempt to find out of dark matter density increases or decreases towards a galaxy's center. Leo I lacks dark matter, hence its selection as an inspection candidate. The astronomers compiled the data and implemented it, along with models, into a supercomputer and were shocked at the results.

"The models are screaming that you need a black hole at the center; you don't really need a lot of dark matter. You have a very small galaxy that is falling into the Milky Way, and its black hole is about as massive as the Milky Way's. The mass ratio is absolutely huge. The Milky Way is dominant; the Leo I black hole is almost comparable," said UT astronomer, Karl Gebhardt.

A black hole almost the size of the one at the center of the Milky Way was discovered. This discovery may redefine astronomers' understanding of the evolution of galaxies. UT Austin doctoral graduate Maria Jose Bustamante, who led the team of astronomers, said, "there is no explanation for this kind of black hole in dwarf spheroidal galaxies."

The team of researchers found that the results from the data were different from past models of Leo I, and the disparities can be attributed to a combination of better data, supercomputer simulations, and the center of the galaxy being mostly unexplored.