A new press release has revealed that a white dwarf star some 500,000 miles away is pummeling a companion object. 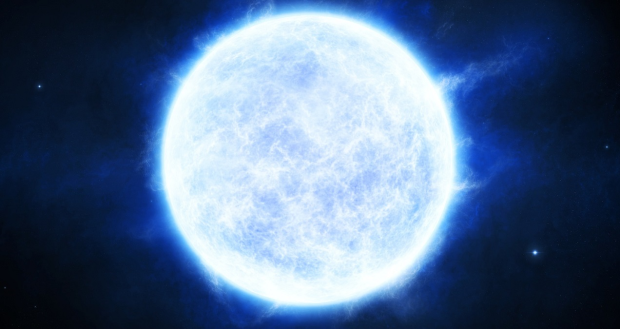 Astronomers from Taiwan used data from NASA's Chandra X-ray Observatory and the European Space Agency's (ESA) XMM-Newton Observatory to analyze some "unusual X-ray activity". The article explains that white dwarf stars usually give off low amounts of X-rays, but the three white dwarf samples that were being investigated had surprisingly high amounts of X-ray readings. One white dwarf named KPD 0005+5106 was found to be giving off more high-energy X-rays compared to the other two white dwarfs.

Additionally, the astronomers found that KPD 0005+5106's X-ray emissions were increasing and decreasing every 4.7 hours. This increasing and decreasing indicates that an object is orbiting around the white dwarf star. The astronomers suspect that the object could be a very low-mass star or a planet. Either way, the astronomers write that whatever the object is, it's being devoured by the immense gravitational pull of the white dwarf star, as it would be ripping and tearing material from the object's surface. 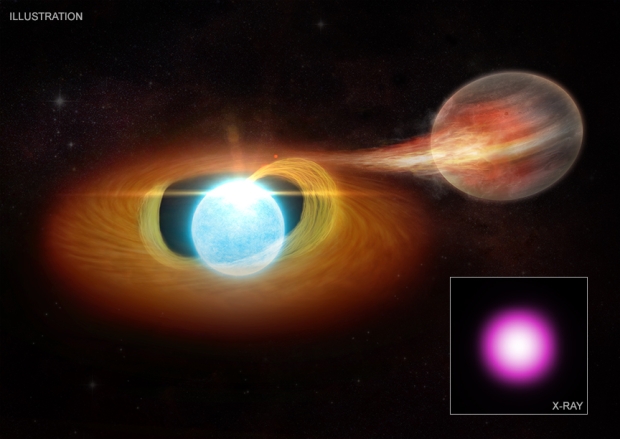 You-Hua Chu of the Institute of Astronomy and Astrophysics, Academia Sinica (ASIAA) in Taiwan, who led the study, said, "We didn't know this white dwarf had a companion before we saw the X-ray data. We've looked for the companion with optical light telescopes but haven't seen anything, which means it is a very dim star, a brown dwarf, or a planet."

Co-author Jesus Toala of the National Autonomous University of Mexico said, "This companion object is about 500,000 miles away from the white dwarf, only about one thirtieth of the distance from Mercury to the Sun. Whatever this object is, it's getting blasted with heat."

Martin A. Guerrero, a co-author from The Institute of Astrophysics of Andalusia in Spain, added, "This is a slow demise for this object that's basically being ripped apart by constant gravitational forces. It would be a very unpleasant place to be."