Forecasters are predicting that a storm may provide early Thanksgiving travels some problems as it rolls inland across several U.S. states. 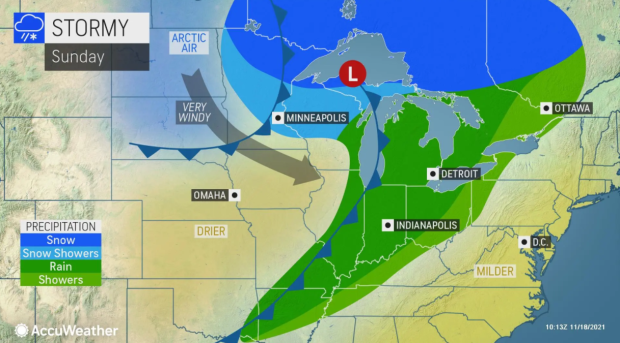 AccuWeather meteorologists predict that an arctic blast is moving its way into the northern plains and will move across Minneapolis, Chicago, and Kansas City as it continues through the Midwest. Experts believe that the storm will eventually move eastward over the weekend and develop into a winter storm. Cities from Washington, D.C., to New York City may experience rainfall that is expected to cause travel delays on Monday, as well as high winds that may cause airline travel delays.

Reports indicate that the biggest concern of this storm is the winds causing massive travel delays for Thanksgiving travelers, as many people will be hitting the road or the airport at the start of the week. On Monday, 35-50 mph wind speeds are expected in Minneapolis, Chicago, Milwaukee, Detroit, and Cincinnati. Wind gusts of up to 70 mph are expected on the shores of the southern and eastern Great Lakes. If you are interested in more information about the storm, check out this link this link below. 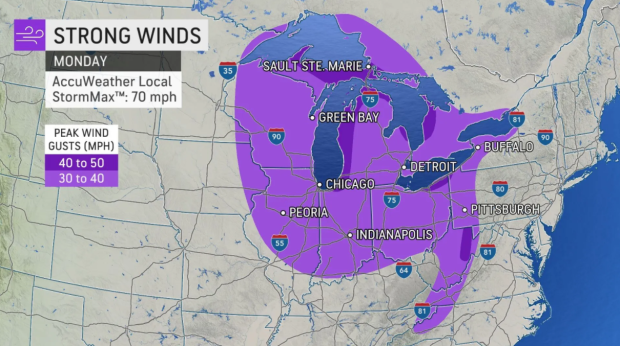 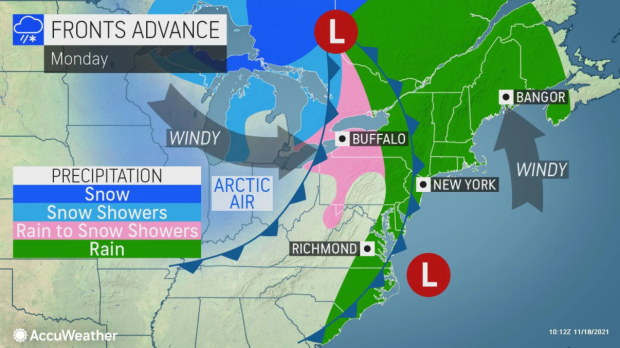 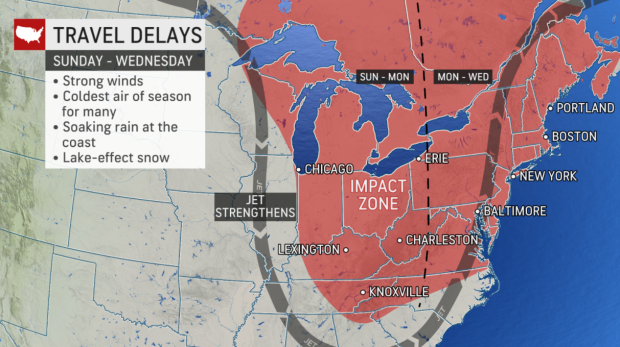 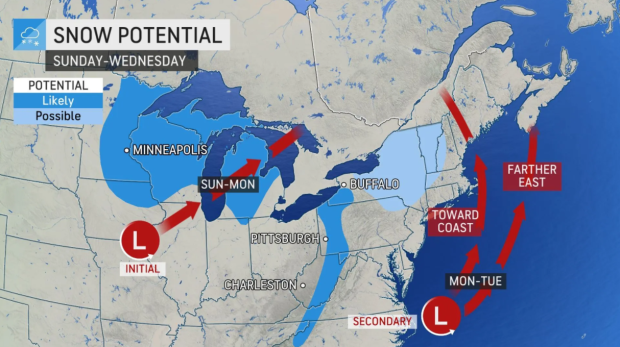