Tesla already supports free in-car cellular connectivity for limited features such as email or simple navigation and offers a Premium Connectivity subscription for a $10 monthly fee which supports more data-intensive features. However, when connected to a Wi-Fi network, all Internet features are free to use.

Elon Musk recently replied to other users on Twitter that expressed a desire to see Wi-Fi built into all Supercharger stations, stating that they all eventually would. Now it seems the rollout has begun, potentially enabling a plethora of features. Enabling full Wi-Fi functionality between the car and the Starlink network would allow users full Internet access in the downtime spent charging at stations on a long road trip, without subscribing to the Premium Connectivity plan. 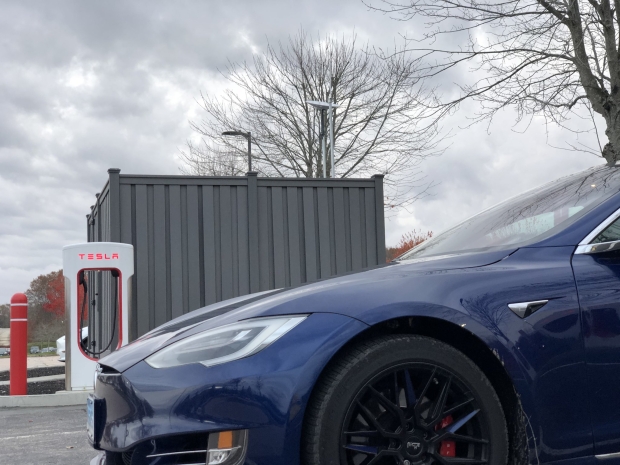 With over 1600 satellites, supplementing the Supercharger network with access to Starlink would offer reliable Internet connections in rural areas, helping to support expansions into more remote locations and increasing national coverage. Internet connections ensure payments for charging can be processed and enable updates for Tesla vehicles to be downloaded and installed. The former is especially important as Tesla plans to open up the Supercharger network to non-Tesla electric cars.

In any situation, users would certainly appreciate the quality of life improvement of being able to relax and stream something while waiting for a charge to complete without needing to pay extra for a subscription.