The largest and most technically challenging space telescope to ever be created stands at three stories tall and as wide as a tennis court.

NASA and the European Space Agency, along with the Canadian Space Agency, are gearing up to launch the James Webb Space Telescope after many long years of development with countless expensive setbacks and delays. NASA has debuted a new video series titled "Elements of Webb," which informs viewers why engineers behind the next-generation space telescope chose to use the materials the JWST is constructed of.

Additionally, the video explains that the JWST is "one hundred times more powerful than the Hubble Space Telescope but at half the weight" and is designed to look back further in time than another other space telescope. The JWST is designed to see the first galaxies that formed after the Big Bang, and hopefully, with its discoveries, researchers will be able to gain a deeper understanding of the formation of the universe and the events that took place right after the Big Bang occurred.

Read more: NASA's most powerful telescope will keep the world on edge for 29 days 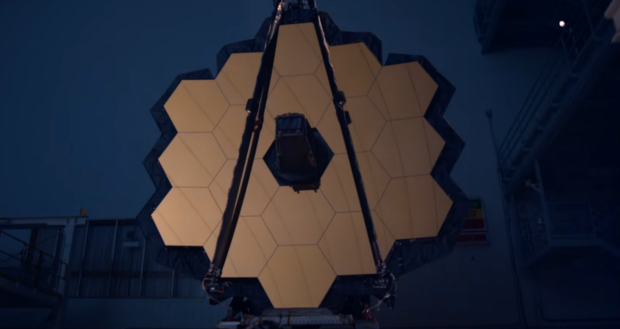