NASA has published a new image taken by the Hubble Space Telescope, and this time around, we are taking a look at "cosmic ribbons".

The image has been published on the NASA website and showcases DEM L249, that's located in the Large Magellanic Cloud. DEM L249 is the result of the death of a white dwarf star through the massive stellar explosion called a supernova, and the leftover remnants of this explosion are believed to be ribbons of gas.

NASA explains that white dwarf stars are usually stable, but in the event of the white dwarf having a companion star, dubbed a "binary system", the white dwarf's gravitational pull can rip enough matter from its neighboring star that it reaches critical mass and explodes. Astronomers investigated DEM L249 and found that the gas was much hotter than the remnants of a typical Type 1a supernova, which leads the researchers to suspect that the white dwarf star that exploded was much larger the previously anticipated. 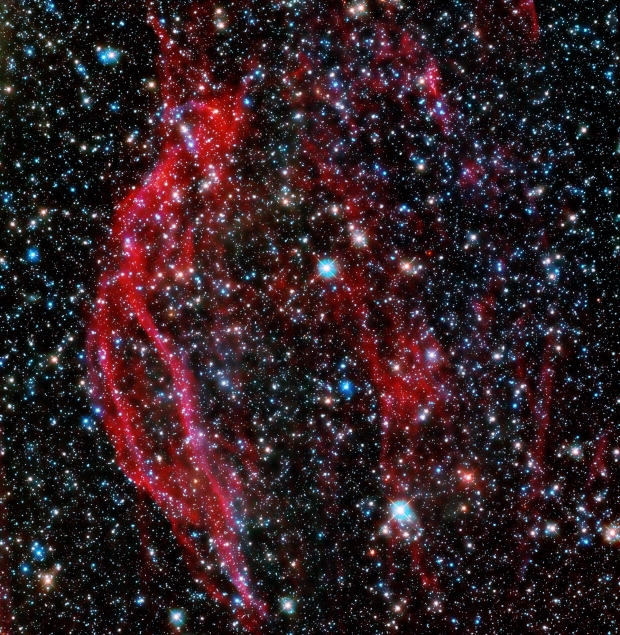