In a new post on its website, EA details Battlefield Portal by introducing it as their "love letter to Battlefield fans that allows you to define the experience you'll have in Battlefield 2042. Alongside classic content from Battlefield 3, Battlefield Bad Company 2, and Battlefield 1942, you're able to create new ways to play, whether that's recreating classic experiences on reimagined maps, or combining the world of 2042 with our past".

Battlefield Portal's new trailer gives us a next-gen glimpse of classic maps like Battle of the Bulge, El Alamein, Arica Harbor, Valparaiso, Noshahr Canals, and Caspian Border -- and at launch, you'll be able to enjoy any of these classics with the weapons, gadgets, and classes that you love. But in the future... well, Battlefield Portal is going to be oh-so-much more.

EA DICE is letting you truly tweak more parts of the games than I have seen from a mainstream game like Battlefield, where gamers will be able to craft their own Battlefield experience by adjusting weapon loadouts, bullet velocity, health regen rates, the amount of damage players take (and tweaking this value) to each part of a player's body, and so much more. 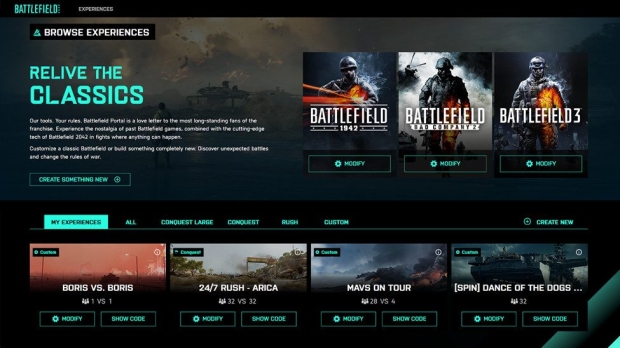 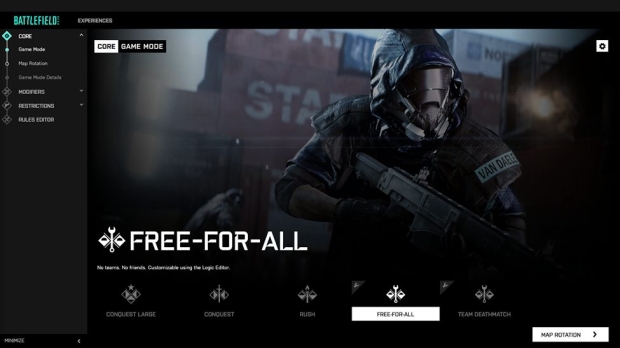 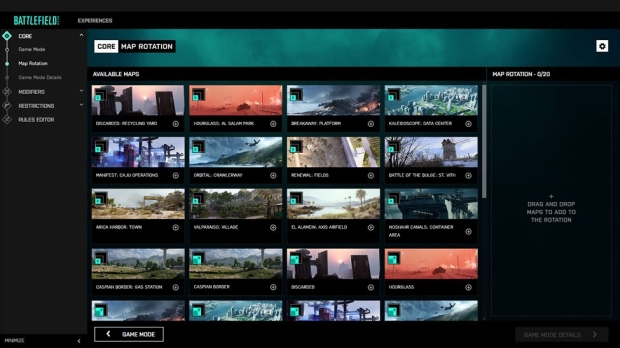 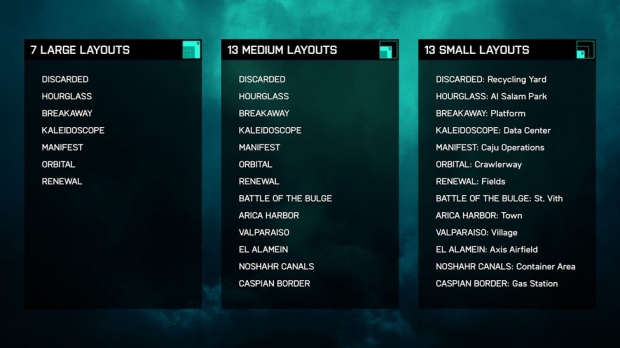 From there, you can tweak everything on those games and matches as well... as well as each Game Mode that is included. At launch, Battlefield Portal will have:

EA DICE is letting gamers customize and tweak Conquest Large, Conquest, and Rush modes using their built-in modifiers and toggles. The Free-For-All and Team Deathmatch modes can be tweaked with the same set of tools, but there are even more advanced toggles to play with -- the Rules Editor is a new visual programming tool that lets you visually see code, you'll feel like Neo from The Matrix.

Battlefield 2042 drops onto the PC, PlayStation 5, PlayStation 4, Xbox Series X/S, and Xbox One on November 19.