NVIDIA GeForce RTX series GPU gamers will have something much more special: NVIDIA DLSS (Deep Learning Super Sampling) for AI-boosted performance in Battlefield 2042, as well as ultra-low-latency thanks to NVIDIA Reflex technology. Both NVIDIA DLSS and NVIDIA Reflex will both be featured in Battlefield 2042, alongside the ray tracing support on the PC.

But man, that trailer... seriously? There's a helicopter sequence in that Battlefield 2042 PC Tech Trailer that chugs like a Nintendo 64 playing 4-way GoldenEye 007 in split-screen. We're talking 20FPS or so... which doesn't inspire much confidence in the very best PC hardware playing the very latest, and one of the best-looking games of 2021.

Hmm. Where's all the Frostbite-powered destruction in Battlefield 2042 super-powered by NVIDIA DLSS technology? 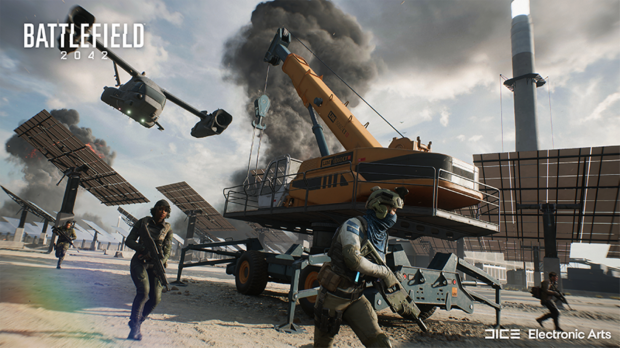