Sony Corp's stock is currently at $118.20 per share on the New York Stock Exchange, the highest point in the last five years. 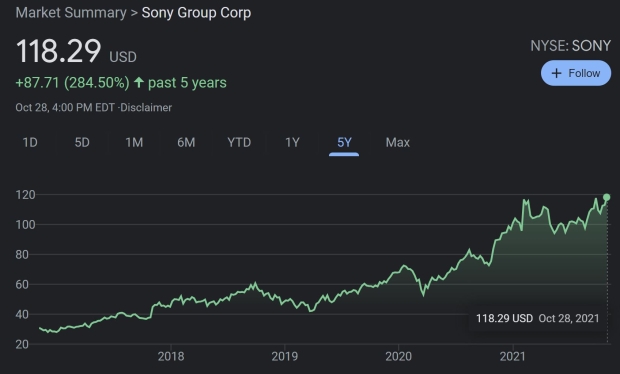 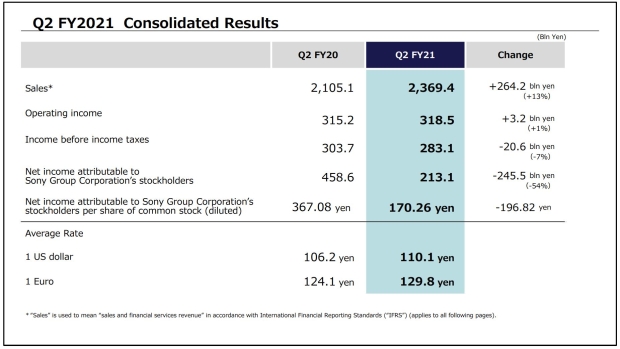 The company reported strong Q2 sales surges of 264 billion yen to 2.369 trillion yen across multiple segments including music, gaming, pictures, image sensors, and electronics partly due to higher FX (foreign exchange) rates, which rose 3.67% with a 1 USD = 110.1 yen rate. Games and Network Services tacked on an extra 20.7 billion yen due to these FX rates.

Overall profits slid by over 50%, however that's compared to the previous year when Sony enjoyed an extra influx of profit due to a valuation allowance reversal. Sony had set aside a portion of money as back up saves just in case its deferred taxes couldn't be used. Once Sony realized the assets could be used, they reversed the valuation allowance, and that's partly why Sony made more profits in Q2'20 than it recorded in income before taxes.