Announcing the Xbox 2042, the world's most powerful video games console with over 1 million TFLOPs of compute power.

Microsoft just put out a hilarious promo for Battlefield 2042 that details what kind of crazy next-gen games hardware that might exist in 21 years. Sure the world of Battlefield 2042 has literally crumbled under climate change and obliterating world powers, but at least video games are more advanced than ever, right?

The fake advertisement dives into nascent technologies like quantum computing, neural interfaces, special contacts you can pop into your eyes for controller-less interactions, and a full holographic display. This reminds me of the super Wii console used in that episode of South Park where Cartman freezes himself to go to the future. 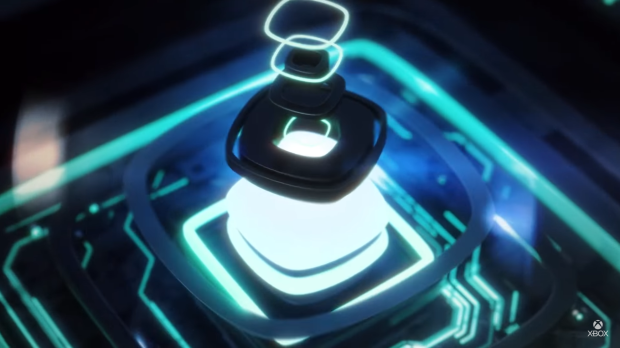 And yes, the Xbox 2042 isn't real. Maybe some day...just not today. Microsoft is however already working on next-gen Xbox consoles though.

Xbox 2042 is built to drive native 32K resolutions in Full Spectrum Color at a base frame rate of 240 FPS (up to 480 FPS) with zero latency. All games are now "instant-on" requiring no loading times whatsoever. Even cloud-based open-world games with worlds so enormous they have their own dedicated data centers load and sync instantly. The all-new holographic user experience is intuitive, extra-sensory and will forever change how you game.