In a new post on NASA's website, the space agency details that the Hubble Space Telescope has observed the first moments of the doomed star's violent ending. NASA states on its post that astronomers were given an unprecedented, comprehensive view of the violent death that will assist astronomers in creating a model that allows for accurate predictions of stars that are close to their end.

Ryan Foley of the University of California, Santa Cruz, and the leader of the team that made the discovery, said, "We used to talk about supernova work like we were crime scene investigators, where we would show up after the fact and try to figure out what happened to that star. This is a different situation, because we really know what's going on and we actually see the death in real-time." 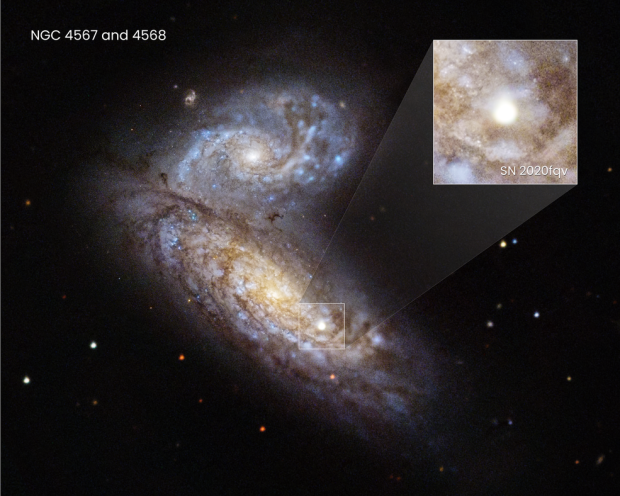 Astronomers witnessed the supernova dubbed SN 2020fgv explode inside the Buttery Galaxies that are around 60 million light-years from Earth within the constellation Virgo. NASA describes Hubble as having a "ringside seat" to the explosion, allowing for researchers to understand what was happening within the celestial object right before it was about to die. If you are interested in reading more about this story, check out this link here.