NASA has posted a new video to the "NASA Goddard" YouTube channel that details ten mysteries of Venus that NASA researchers are still trying to work out.

In the video, the narrator explains that the surface of Venus is completely inhospitable for life, with an atmosphere at around 90 times the pressure of Earth's and a surface temperature is over 900 degrees Fahrenheit - hot enough to melt lead. But it may not have always been like that, and the space agency plans on finding out if that's true with its Deep Atmosphere Venus Investigation of Noble gases, Chemistry, and Imaging (DAVINCI) mission that is set to explore our strange sister planet.

Other mysteries that surround Venus are that its size is very similar to that of Earth's, but it's clear both planets took a very different route when it came to their evolution into what we see today. NASA's DAVINCI probe and its Venus Emissivity, Radio Science, InSAR, Topography, and Spectroscopy (VERITAS) probe are expected to answer many of the mysteries outlined in the video, and with the results from the mission, researchers will understand the evolution of our sister planet, which will add to the ever-growing collection of knowledge about how planets form. 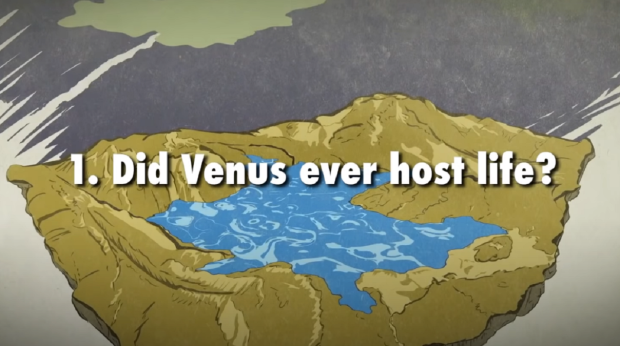