President Donald Trump has announced that he is launching a new social media network, which will be a direct competitor to Facebook -- at least we can call it Facebook for now, which has stepped in multiple big piles of sh*t over the last few months (years) and will be rebranded next week -- and Twitter: TRUTH Social. 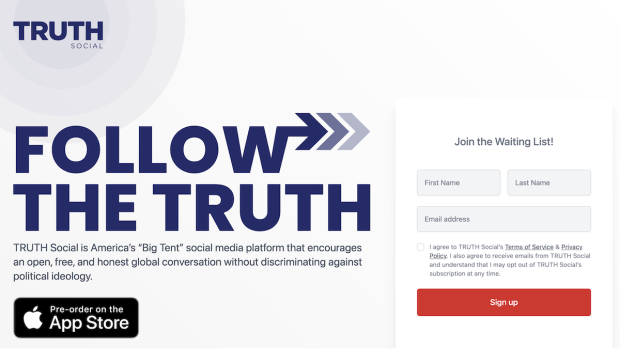 TRUTH Social will be competing with whatever Facebook rebrands itself in emergency meetings next week, with President Trump announcing Trump Media & Technology Group and Digital World Acquisition Corp. have entered into a definitive merger agreement that makes TMTG into a publicly listed company, subject to regulatory and stockholder approval.

The new social network "TRUTH Social" will be rolling out nationwide in Q1 2022, with President Donald J. Trump, Chairman of TMTG explaining: "I created TRUTH Social and TMTG to stand up to the tyranny of Big Tech. We live in a world where the Taliban has a huge presence on Twitter, yet your favorite American President has been silenced. This is unacceptable. I am excited to send out my first TRUTH on TRUTH Social very soon".

President Donald J. Trump continues: "I'm excited to soon begin sharing my thoughts on TRUTH Social and to fight back against Big Tech. Everyone asks me why doesn't someone stand up to Big Tech. Well, we will be soon!"

Strangely, it says that TRUTH Social is available for "pre-order on the App Store". So it'll cost to use it? But it's open and "free" as it says on its own website. Another interesting note is that Trump Media & Technology Group is valued at $875 million right out of the bat.

Once President Trump is posting on TRUTH Social, and millions of others are, the value of TRUTH Social is only going to skyrocket. Facebook is in the dumps right now and about to be rebranded and renamed out of nowhere, because of the continued scandal at the Mark Zuckerberg-led social media giant.

Trump has been silenced for most of 2021, so it'll be interesting to see what he has to say when he can say whatever he wants and not get censored, banned, ghosted, and everything in between.

Calm Before The Storm