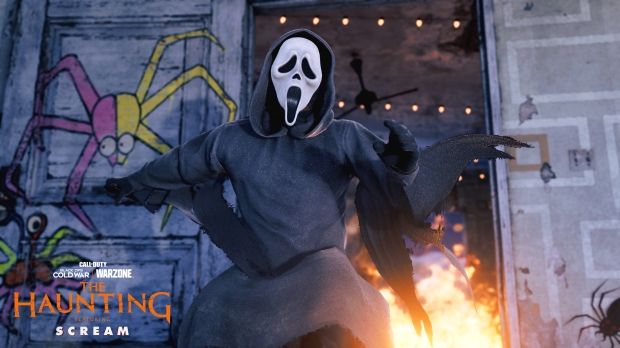 Ghostface is available in the Store between October 19, and November 18, 2021 with the horror-themed "The Haunting" event in Warzone and Black Ops Cold War. On the official Call of Duty website, they explain: "This is your opportunity to play as Ghostface before the return to cinemas in January 2022, when Paramount Pictures and Spyglass Media Group will bring back the classic film series that defined the '90s for meta horror".

Not only is there a Ghostface Operator -- which I purchased just as I started writing this news -- there's also the iconic "Violent End" Finishing Movie. There's the "Cordless Phone" Weapon Charm, the "Scary Hours" Watch, an animated Emblem and Calling Card, 3 x Legendary Weapon Blueprints, with one of them being Ghostface's signature weapon: the "Ghost Blade". 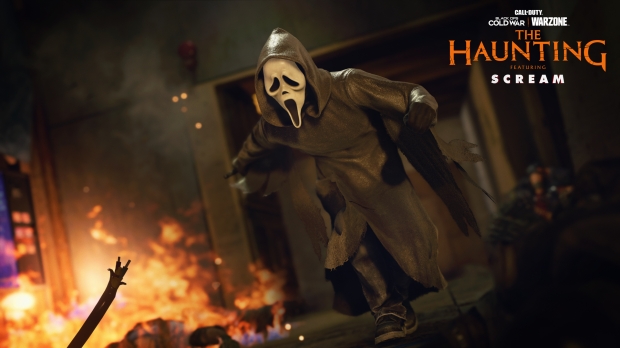 What's really cool about this is that Ghostface will be haunting Verdansk -- where in traditional Scream fashion -- you'll have to answer a phone that is ringing somewhere on the map... but what happens when you answer it? You might be sliced and diced, and gutted like a fish by Ghostface.