While Microsoft has mostly celebrate 20 years of Xbox by selling you products, now the company is starting to do fun things to commemorate the brand. 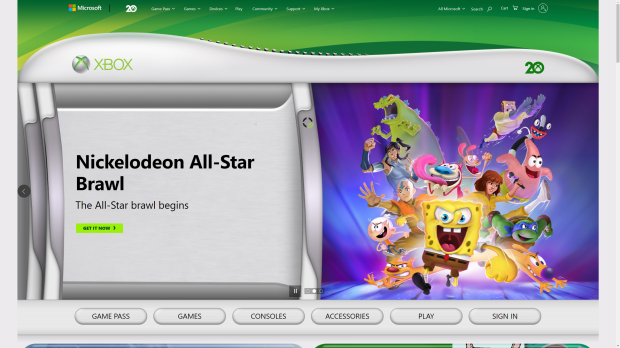 Remember the old-school Xbox 360 UI? Those blades were pretty stylish and helped establish the standard for the console's scrolling-page interface. Now you can relive those old memories on Xbox.com.

Microsoft has given its Xbox website landing page a retro overhaul (wait, is the Xbox 360 already retro?!) to mirror the Xbox 360's original blade UI design. Before you get too excited, no, the Xbox Series X/S also received an update bringing back the beloved blades. The console UI remains the same, and the rest of the Xbox.com website is also the same.

Still, though, it's a neat little nod to Microsoft's legacy-defining console success. Let's hope we see more interesting and fun things like this continue as we get closer to the Xbox's 20th anniversary on November 15.