Activision-Blizzard, a company facing multiple lawsuits and investigations into employee rights violations, says it wants all employees to return to offices by January 2022. 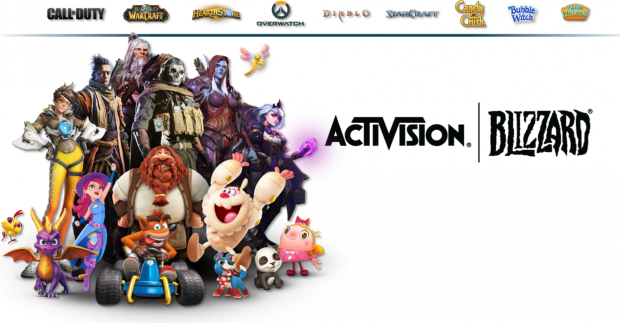 COVID-19 has interrupted the games industry. Games are being delayed as publishers and dev teams adapt to the new normal: work-from-home and remote work instead of office-based jobs. Some companies like Eidos-Montreal are moving to four-day workweeks. Activision employees have also shifted from commute-based office jobs in expensive cities to remote work, but it might not last.

Activision-Blizzard, the industry's second-biggest billion-dollar earner, eventually wants employees back in offices...and soon. Bloomberg's Jason Schreier confirms the publisher plans to have workers "fully return to our offices by January 3, 2022."

For Activision, there's a lot riding on constant delivery of games and content. The publisher rakes in billions every year (this year it expects to make a record $8.379 billion in revenues) on the backs of annualized Call of Duty games and monetized updates in key online titles. Practically all of Activision's first-party dev teams now serve Call of Duty in some shape, whether it be Warzone updates or multiplayer content for new core games.

Blizzard has its own set of issues and problems to deal with, including a scathing sexual harassment lawsuit on top of delayed game releases and no new big tentpole launch games for the foreseeable future.

Whether or not productivity has taken a large hit remains to be seen. Activision is about to release Call of Duty Vanguard, its next game for 2021, and Warzone is still expanding. Workers predictably aren't so happy about returning to offices and many game devs are quick to discuss the advantages of remote work.