Squid Game. Everyone's talking about it, and if you've seen it, you know. If you haven't...well, you might be able to play a battle royale based on the series sometime soon.

According to Tom Henderson, a games industry figure with knowledge of goings-on in the shooter space, a video game adaptation of Squid Game could be in the works. It's unknown which companies are involved, however it's highly likely that Netflix has secured the rights for future adaptations.

Netflix is starting to toe-dip into video games and this kind of huge project could propel their games business into the lucrative battle royale space that's dominated by billion-dollar hits like Fortnite, PUBG, Warzone, and Apex Legends. Squid Game has become one of Netflix's most-watched series of all time and it's possible a second season could be produced.

Netflix's games will be based on wholly-owned and produced media properties including TV shows and films. The games will be included free in Netflix subscriptions.

The streaming giant has said it plans to experiment across a wide range of platforms, genres, and games, with a mix of first-party games development (it recently acquired indie studio Night School Studio) and third-party licensing deals. No other information has surfaced and it's possible the project--if it exists at all--could be cancelled or fizzle out in the meantime. 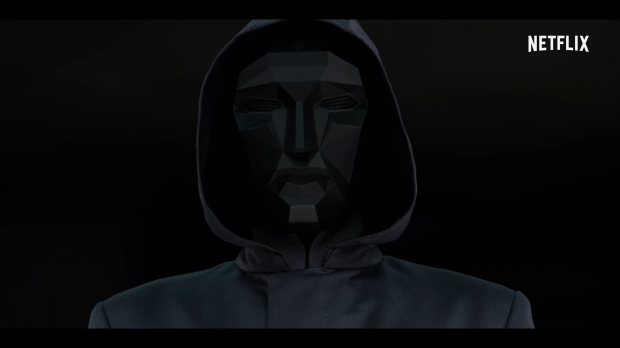