As you can probably imagine, astronauts aboard the International Space Station have an awesome view of the planet from their position, and sometimes they spot things that are strange.

Astronaut Thomas Pesquet recently spotted something of this nature and posted the image to Twitter, explaining the strange phenomenon that was seen over Europe. According to Pesquet, what was spotted was called a "transient luminous event" in the upper atmosphere, and according to the astronaut, it's a "very rare occurrence".

So what is it? Pesquet says that this phenomenon happens when there's lightning in the upper atmosphere that is occurring at higher altitudes than it normally does. Pesquet wrote on Flickr, "What is fascinating about this lightning is that just a few decades ago they had been observed anecdotally by pilots and scientists were not convinced they actually existed". Jokingly, Pesquet added, "Fast forward a few years and we can confirm elves, and sprites are very real and could be influencing our climate too!" 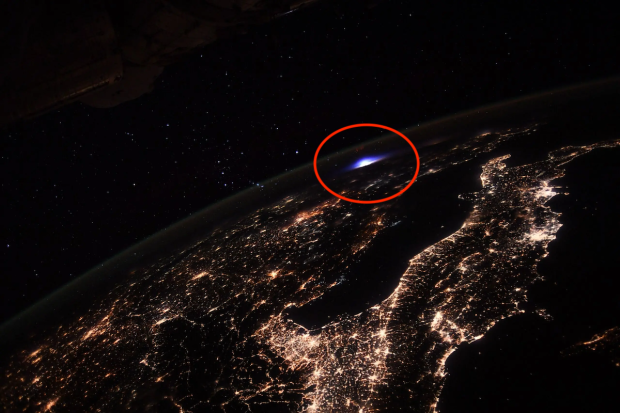