Most of Destiny 2's Forsaken expansion will soon be rotated into the Destiny Content Vault, Bungie has announced.

Destiny 2's content is about to change. Unlike MMOs that continually add new content while preserving existing expansions and experiences, Bungie is archiving bits and pieces of Destiny 2 into a digital storage vault to help maintain the game. The content isn't deleted but it's put in cold storage to be thawed out later and re-introduced into the game. Starting February 2022, most of Forsaken expansion content will be archived into this vault and will not be playable.

Next year Forsaken's entire campaign will be rotated out alongside the Tangled Shore. Year 4 seasonal content like the Presage and Harbinger exotic quests are also leaving. Gamers will still be able to access the Dreaming City and the Proving Grounds strike and Battlegrounds content will also be playable.

Read Also: Destiny 2's The Witch Queen expansion is the beginning of the end

Bungie says retiring Fosaken into the DCV will give them room to launch new in-game content from The Witch Queen including the huge new Throne World area as well as features like weapon crafting and new Legendary difficulty options. It also paves the way for new seasonal updates that're planned throughout 2022.

Logistically the move makes sense. Destiny 2 is a huge game that commands a sizable installation requirement, and all those amazing 4K textures and assets add up really fast. The idea is just to save data and streamline operations by rotating older content out to make way for the new stuff that's in the works.

Still, though, it's kind of frustrating that an entire piece of Destiny 2's core story arc is getting put in a virtual storage bin. FOMO has always been present in games like Destiny 2 but it's even stronger now that Forsaken is getting retired, so be sure to jump in and experience it if you're curious.

Luckily Forsaken will be free to all Destiny 2 players starting December 7 so you won't have to actually buy the expansion to beat the campaign and enjoy the content. 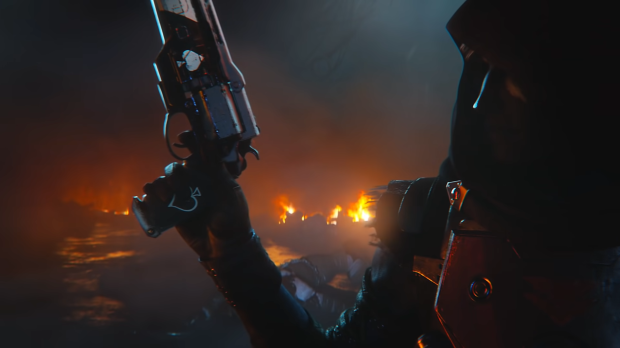