Today Bungie outlined an ambitious plan for the Destiny franchise. Destiny 3 isn't happening, and Destiny 2 is the sole future of the IP. That means lots of growth, new expansions, and tons of content, but Bungie has a unique gameplan to keep things manageable. 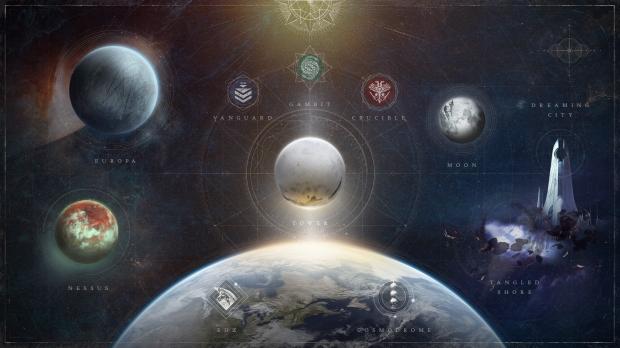 Destiny 2 is getting three big new expansions alongside new seasons that carry throughout 2022. The game is about to get a lot bigger, and Bungie flat-out says the game isn't sustainable in its current state. That's why it plans to rotate specific content in and out of Destiny 2 to reduce the amount of downloads, work, and general upkeep its teams must do, similar to how movies and shows arrive and leave on Netflix.

To create a sustainable ecosystem where the world can continue to evolve in exciting ways, and where we can update the game more quickly, we're going to adopt a new content model that we're calling the Destiny Content Vault (DCV).

Here's what you need to know about the Destiny Content Vault:

Finally, here's what Bungie had to say on the topic:

"Each year, usually at the expansion boundaries, we will cycle some destination and activity content out of the game (and into the DCV) to make room for new experiences.

"The first cycle of Destiny 2 content going into the DCV begins this fall, with the appearance of the Pyramid ships in Season of Arrivals and the Beyond Light expansion, which we revealed today. Those events will usher in dramatic changes to the Destiny universe, affecting characters, destinations, and Guardians for years to come.

"Content that goes into the Destiny Content Vault may return in the future, altered (if necessary) to fit the new state of the universe. Furthermore, we consider all Destiny 1 and 2 destinations and activities part of the new DCV and we're going to be pulling from that archive - revisiting some of the most interesting places in Destiny's history - from now onwards. It's why the original Destiny 1 Raid - the Vault of Glass - will be returning to Destiny 2 in Year 4.

"Going forward, our explicit goal will be to try to keep the scope and scale of Destiny 2 at a relatively consistent size in order to increase our agility and to be able to properly support and maintain the game. Over the course of each year, the game's content scope will grow as we add new destinations and activities in our expansions and Seasons. As we approach the next expansion, another cycle of content will go into the DCV to make way for a new influx of destinations and activities."