Intel will be unlocking the bandwidth floodgates when it launches its next-gen Alder Lake CPU platform and 600-series chipset in the coming weeks, with Phison revealing more details on its next-gen PCIe 5.0 SSD controller. 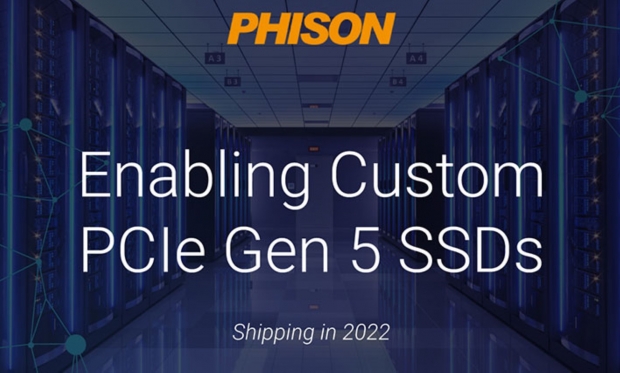 Phison has enjoyed massive success with its PS5018-E18 controller, which offers up to 7.4GB/sec (7400MB/sec) reads and up to 7GB/sec (7000MB/sec) writes, respectively. But this is limited to PCIe 4.0 bandwidth, with double the bandwidth on offer with PCIe 5.0.

Phison is tapping the 12nm node for its new E26 SSD controller, with the company saying that it has taped out its E26 Gen5 test chip. We should expect to see Phison E26-powered PCIe 5.0-based SSDs sometime in the second half of 2022.