Marvell is the first out of the gate to reveal the industry's first PCIe 5.0 SSD controller, the new Bravera SC5 supports PCIe 5.0 and NVMe 1.4b standards which offers up to an insane 14GB/sec of bandwidth. 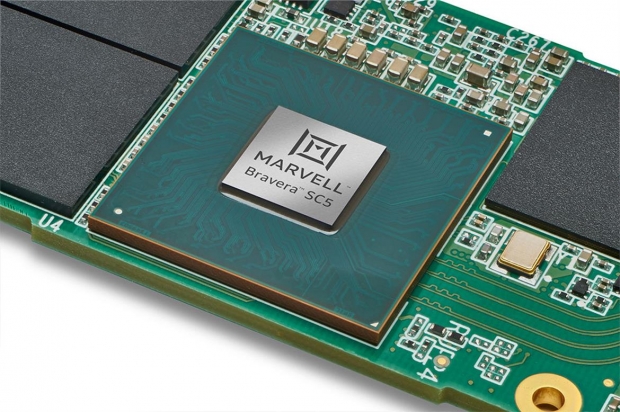 PCIe 5.0 enabled SSDs will have 32GT/s of bandwidth to play with, up from the 16GT/s on offer with new PCIe 4.0 motherboards, and up from the 8GT/s we've been using for the last 10 years with the older PCIe 3.0 standard.

Marvell will be making the new Bravera SC5 SSD in two different variants, both for the data center market. The first is an 8-channel model (MV-SS1331) and a 16-channel model (MV-SS1333). Both of them will have up to 14GB/sec of sequential reads, and up to 9GB/sec of sequential writes. Between the drives, we're looking at 2 million IOPs and 1 million IOPs, respectively.

We should expect Marvell's competitors to follow suit in the coming months, but Marvell is ahead of the pack that has Silison Motion, Phison, and others that make SSD controllers lag behind with their PCIe 5.0 designs so far.