Sabrent is about to unleash its biggest and most badass SSD yet -- the Sabrent Rocket 4 Plus 8TB M.2 NVMe SSD. 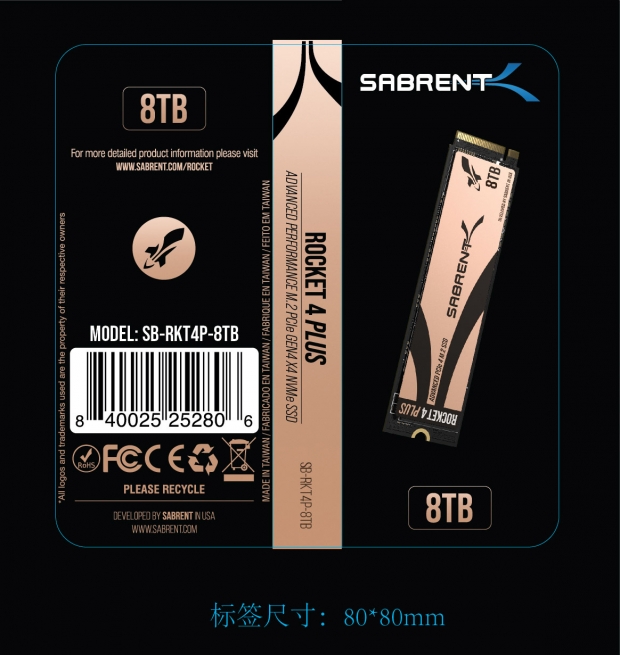 The new Sabrent Rocket 4 Plus 8TB SSD will have the same crazy high read and write speeds as its 4TB variant, with up to 7200MB/sec (7.2GB/sec) reads and 6900MB/sec (6.9GB/sec) writes. The 4TB version of the drive is already one of the best that exists on the planet right now, but now there's an insane 8TB version right around the corner.

I can see this being the soul of my new Intel Alder Lake GPU test bench, where I will be updating to Intel's next-gen Core i9-12900K processor + DDR5 RAM + PCIe 5.0 on day one. Windows 11 will be used on it, and man I think I'm going to need more than one of these new Sabrent Rocket 4 Plus 8TB SSDs inside. I mean, it would be blasphemy to not do that, right... these new 8TB SSDs from Sabrent are going to be crazy.

Sabrent's new Rocket 4 Plus 8TB SSD is coming soon, except a day one review here on TweakTown.