KIOXIA has just unveiled an incredible new prototype SSD based on the next-gen PCIe 5.0 standard, which is offering an incredible 14GB/sec (14,000MB/sec) read speeds. 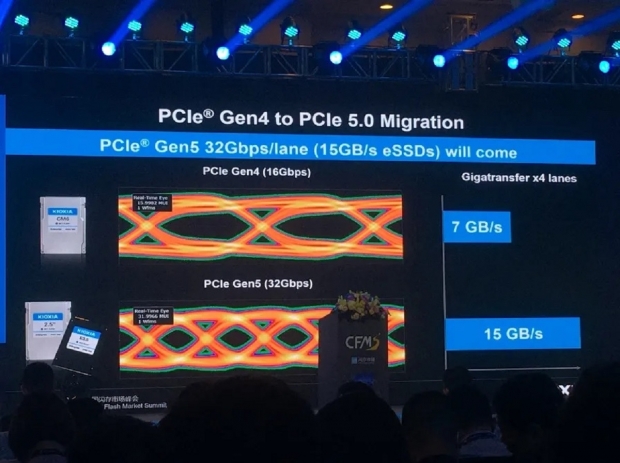 Intel will be launching its new 12th Gen "Alder Lake" CPUs just weeks from now, offering PCIe 5.0 connectivity and DDR5 technologies. On the PCIe 5.0 side of things we now have companies like KIOXIA that will be using its CD7 series SSDs in the 2.5-inch EDSFF E3S form factor and PCIe 5.0 standard for 14,000MB/sec reads.

KIOXIA will be concentrating on the data center 8-channel controller and enterprise 16-channel markets before consumers will get their hands-on these tasty 14GB/sec capable PCIe 5.0 SSDs. 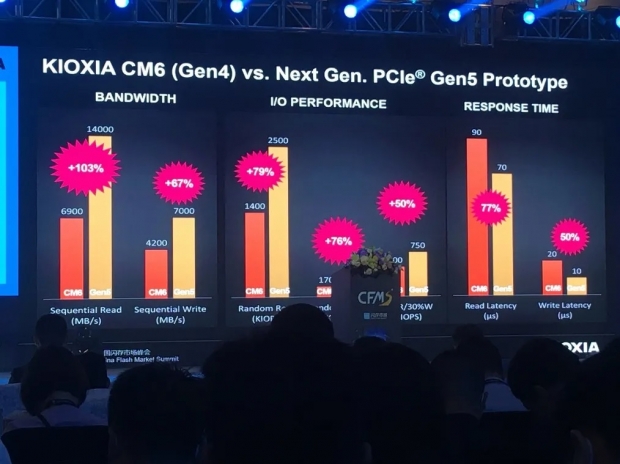 KIOXIA will be offering its new PCIe 5.0 SSDs in capacities ranging between 1.6TB and 30TB, with benchmark slides showing that the PCIe 4.0 SSDs pushing 7GB/sec while the PCIe 5.0 SSDs are cranking right up to an incredible 15GB/sec.

Across the board we have a gigantic leap in performance of between 50% and 103% depending on the test, and whether it's reads or writes. But PCIe 5.0 is definitely delivering mammoth performance improvements. So much so that most consumers truly don't need 15,000MB/sec of reads -- but they'll want it, guaranteed. Insanity.