New South Wales residents down in Australia got quite the sight overnight, with many Australians thinking they're looking at a UFO scooting across the night sky. 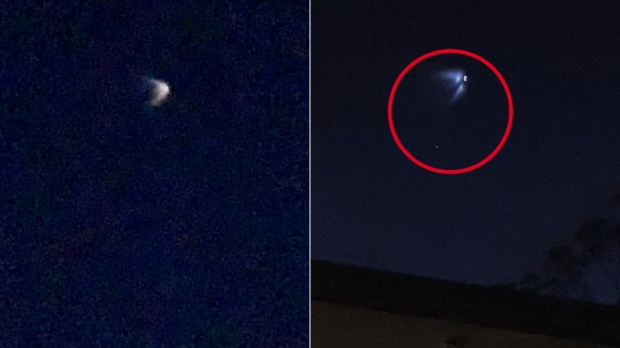 It looks very similar to other spirals and objects that look similar in the sky, that normally get blamed on rockets -- with this one being no different. China reportedly launched its new Long March 3B rocket at around 6:20PM local time in Sydney last night, and then the "rocket" was seen over Sydney "about 30 minutes later" according to local news outlets.

China's new Long March 3B rocket reportedly crashed down into the Indian Ocean, southwest of Sri Lanka and north of the Maldives. China's Manned Space Engineering Office reports that most of the 22-tonne spacecraft burned up during re-entry, and is what the media (at least in Australia) is blaming for what thousands of Aussies thought was probably a UFO, portal or something similar opening up in front of their eyes.

It was also spotted over the skies of Brisbane as well, with video from @ianbenslater.