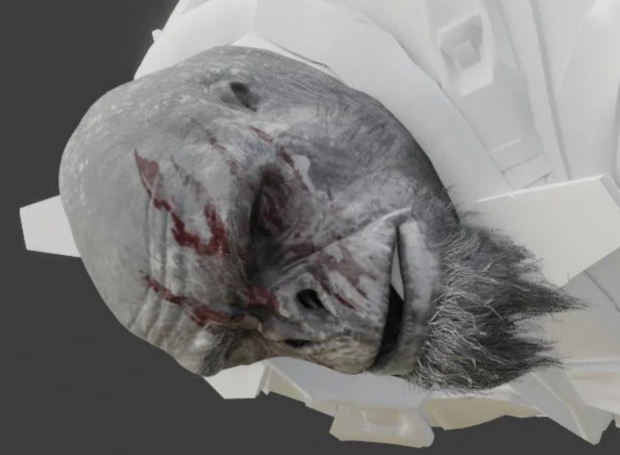 Despite intense controversy, something good came out of Halo Infinite's 2020 gameplay demo: Craig the brute. What started out as a meme making fun of Infinite quickly became one of the most recognizable Halo icons, and 343i confirms the lovable brute would bel be immortalized in Halo Infinite. Now we have our first glimpse into what Craig could look like in the final game.

A few new leaked Infinite images show snaps of high-res brutes from Halo Infinite, and one of them looks similar to Craig. This time around it looks like the Jiralhanae has grown a fashionable goatee and sports Kratos-like warpaint.

343i has yet to share more campaign gameplay of Halo Infinite, but promised new footage would be coming soon. The game's second multiplayer beta test is rolling out later this month on September 24 and will have crazy 12v12 Big Team Battle PVP as well as 4v4.

Halo Infinite will release December 8 with free-to-play multiplayer and a campaign that doesn't support co-op at launch.