The space industry is just starting to take its baby steps, and companies are already talking about gas stations being present in lower-Earth orbit. 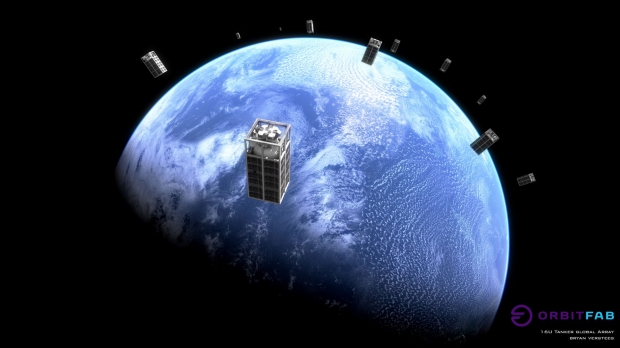 The commercialization of lower-Earth orbit is taking place right now, but what we are seeing now is only just the beginning as more companies launch more satellites into space as society shifts more towards being digitally orientated. At the moment, there are around 4,000 operations satellites in lower-Earth orbit, and it's expected that within the end of this decade, that number will have increased to 100,000.

As a way to service these satellites and not leave them up in orbit to accumulate in an ever-growing junk pile, solutions have been proposed that would allow satellites to extend mission lengths which would prolong operational time for companies. An example of this is Orbit Fab's "Gas Stations in Space" refueling technology, which has just received investment from Lockheed Martin.

Orbit Fab states on its website that it wants to create "a thriving in-space market for products and services that support both existing space businesses (communications and Earth observation) and new industries like space tourism, manufacturing, and mining."

Paul Pelley, ASPIN program director at Lockheed Martin Space, said, "This investment in Orbit Fab is one of several we have made that have created and supported innovative technologies and capabilities for on-orbit flexibility. The ability to refuel a satellite on orbit is a critical component for our customers' missions because it allows them greater maneuverability and can extend the life of a mission with replenished fuel."