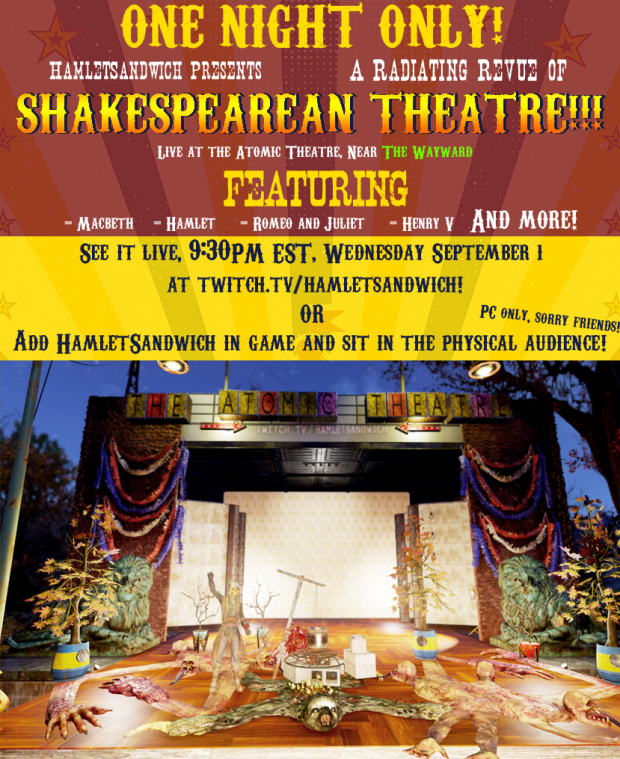 Thespian gamer Hamletsandwich is putting on a theatrical one-man revue in Fallout 76 focused on Shakespearean plays. The show-runner--who happens to have a BFA in Theatre--says the performance will have "real sets and appropriate costumes" and has invited everyone on the Fallout 76 Reddit to attend.

Players and theater-goers can attend the show in-game and sit at a custom-made theater, or watch live on Hamletsandwich's Twitch channel. The Shakespearean event is one night only on Wednesday, September 1 at 9:30pm EST.

And yes, Hamletsandwich is fully aware that trolls could ruin the event. He says he'll just roll with the punches (or the nukes): "But what's a post-nuclear theatrical show without a few mininukes onstage?"

Fallout 76 is well known for having a tight-knit community and the gamers often create their own fun. Like most MMOs, Fallout 76 also has its own extensive roleplaying scene, and there's even faction wars and regular group gatherings across the Wasteland.

Check below for an early work-in-progress photo of Hamletsandwich's stage: 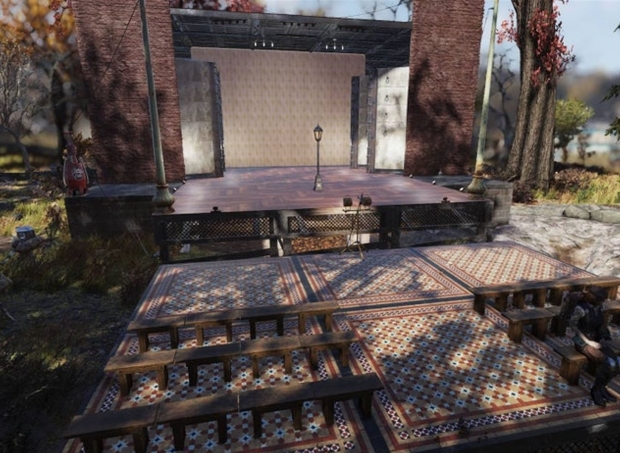