One way researchers discover "new" craters on Mars is to analyze images taken from NASA satellites that are pointed at the surface of the Red Planet. 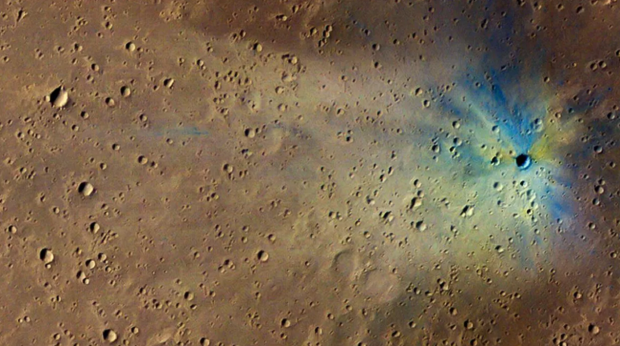 Researchers will look at a collection of images spanning over various time frames, then compare images of the surface to each other. If a new crater appears between an image taken on A date and an image taken B date, then researchers can estimate that an impact must have occurred sometime between the dates of the images taken. To analyze one image, a researcher will spend about 40 minutes.

As humans tend to do, we have offloaded the process to technology that can complete the task much more efficiently, freeing up time for researchers to work on other tasks. Researchers have now used a supercomputer at NASA's Jet Propulsion Laboratory (JPL) to train an artificial intelligence with around 7,000 images, reducing the time it takes to analyze a single image to just 5 seconds and causing the discovery of new craters.

Ingrid Daubar, a planetary scientist who helped create the AI, spoke to Wired and said, "The possibility of using machine learning to really delve into large data sets and find things that we otherwise wouldn't have found is really exciting. This is just beginning. We're looking forward to finding a lot more."