EVGA has been doing a drip-drip-drip method of unveiling and teasing its new -- and first-ever AMD motherboard, the upcoming EVGA X570S DARK motherboard. 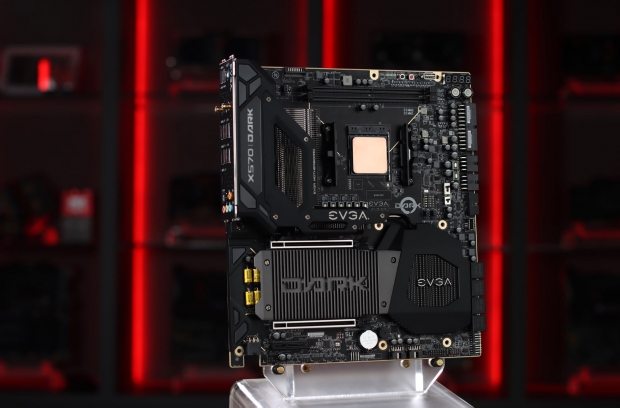 There are 2 x PCIe 4.0 x16 slots here, so you can throw in any graphics card you want -- or two, or you could use the second PCIe 4.0 slot for a high-end NVMe RAID card. There's a single M.2 NVMe slot on the EVGA X570S DARK motherboard, which is attached to the high-speed PCIe 4.0 interface.

EVGA's new X570S DARK motherboard has its AMD AM4 socket rotated 270 degrees, and just 2 x DIMM slots which is the optimal for extreme overclocking (1 DIMM per channel). EVGA Product Manager, Jacob Freeman, has confirmed that this new motherboard does indeed have the upgraded X570S chipset.

There's no ETA or pricing or launch date for the board just yet.