Intel's new ARC series graphics cards will be coming with something even NVIDIA didn't have in its Control Panel -- and only through GeForce Experience many, many years later -- overclocking support. 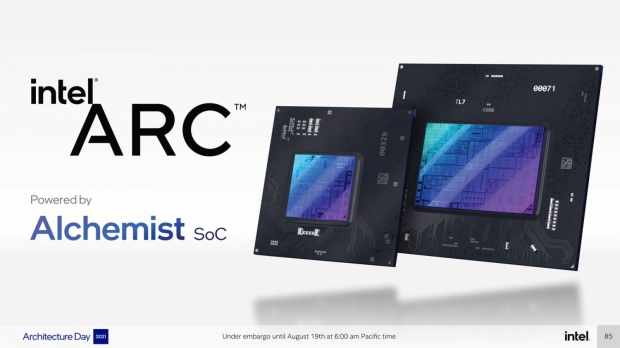 In a new blog post on Medium, the company has explained that it will give gamers and enthusiasts built-in overclocking tools in the official driver UI. This means you can tweak your Xe GPU-based ARC graphics card right from the Intel ARC UI, just like you overclock a Radeon GPU through AMD's own Radeon Software UI.

Intel won't just have overclocking support with its ARC graphics cards and UI, but it will have built-in hardware for video encoding that will let you direct capture and stream from the software itself.

Roger Chandler, Intel's VP and GM of Client Products explains: "Many gamers are also creators, so we're developing robust capture capabilities that leverage our powerful encoding hardware. These include a virtual camera with AI assist and recorded game highlights that save your best moments. We're even integrating overclocking controls into the driver UI to give enthusiasts the tools they need to push the hardware to the limit".