Intel has provided some more juicy details on its upcoming ARC Alchemist GPU during its recent Intel Architecture Day 2021 event, as well as a roadmap of things to come in their newly-announced ARC series of discrete graphics cards.

Intel will launch its first GPU in Q1 2022 with the Xe HPG "Alchemist" and it will be made on TSMC's 6nm FinFET (N6) process, we heard about that a while ago, but now Intel has confirmed that Alchemist is being made on TSMC 6nm.

Out with the old, and in with the new -- Intel has done away with Execution Units in its ARC Alchemist GPU, with the introduction of Xe-core. Xe-core has 16 Vector Engines (which used to be called an Execution Unit, or EU) as well as 16 Matrix Engines (XMX, or Xe Matrix eXtension) which is giving me some hella Intel MMX vibes. 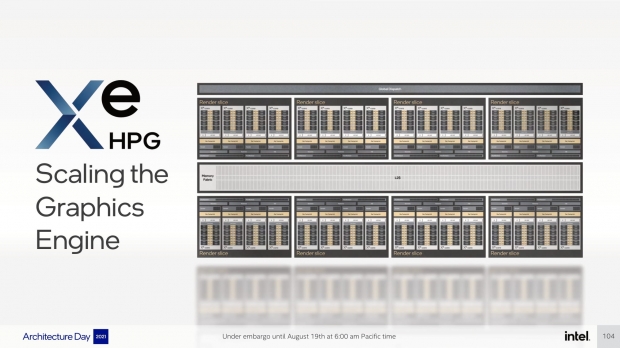 The new Xe-core has support for the full array of DirectX 12 Ultimate features, which includes ray tracing, variable-rate shading, mesh shaders, and more.

Intel wasn't open with which memory standard its new ARC series of GPUs would use, but I'd dare say it'll be GDDR6 -- it's the best option for Intel, and all rumors until now have said so. Intel could use HBM2 but it would be mega expensive, so in order to stay competitive when it comes to price -- GDDR6 will most likely be used. 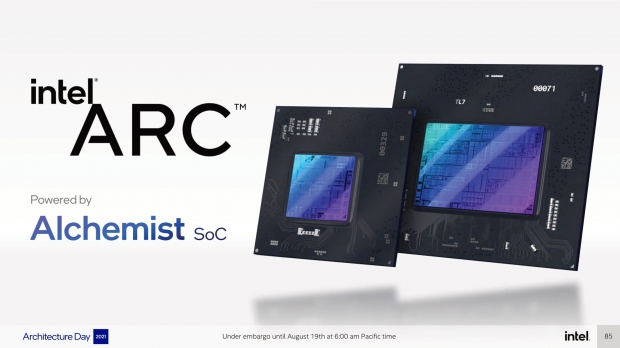 8GB... 16GB... that'll be the question. I can see Intel using 8GB minimum with the flagship ARC Alchemist graphics card rolling out with 16GB of GDDR6 memory. We don't know memory buses, memory bandwidth, or anything yet -- but hopefully, we get more on that in the coming weeks and months as we lead into the end of the year.