The Fallout 76 community offers more feedback and tells Bethesda the kind of content they would most like to see in controversial live game as it enters its third year. 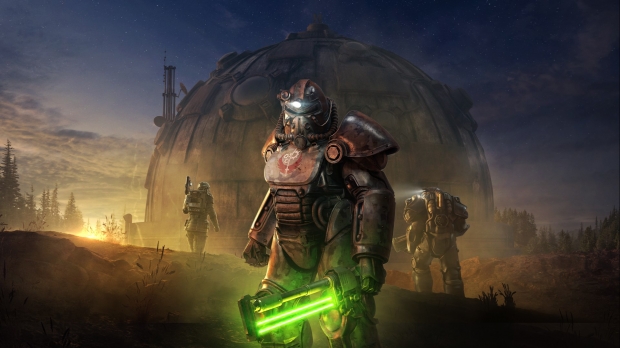 Fallout 76 will soon get Fallout Worlds on September 8, a new mode that's the closest thing to mod support the live game has received to date. With Fallout Worlds gamers can set custom parameters for in-game spaces including infinite ammo, zero AP cost for VATS, and CAMP free building. Only Fallout 1st players can set their own worlds, whereas free Fallout 76 players can join worlds made by Bethesda or other players.

This new feature isn't enough, though. Fallout 76 players want more--particularly more meaningful storylines, quests, and endgame content. These things are the foundations for any live game, and Fallout 76 engagement has apparently stagnated despite the new content Bethesda has rolled out. The core issue is that there simply isn't enough fresh and unique things to do, and things get repeatable and derivative to the point where the Fallout 76 community has to make their own fun (including in-game roleplays).

The age-old Fallout formula has always been a mix of progression, content, and story--and Fallout 76 has a hard time keeping this cyclic structure in order.

"This is something we all know by now, but I had to say it, to maintain the fan base we need real story and progression content like Wastelanders and the Brotherhood line, these modes like Nuclear Winter and Worlds are just an unnecessary waste of resources and time that can be spent in adventure mode,"Redditor Ben-333 says in a post with over 1,700 upvotes.

"Exactly, without endgame content, there's no reason for me to play after the end of scoreboard," said Redditor yRaven1.

On the flip side, Redditor 1quarterportion brings up a good point: Bethesda is still making its anticipated Expeditions mode, which brings players back to Fallout 3 locales for mini-world events and content.

"There will never be enough story content to satisfy players in a game like this. The second it drops player tear through it at full speed, and when done they quickly call for more. The only way to keep the game going is to have repeating quests and game modes to keep players engage between story content drops.

"Besides, we are getting expeditions. They are still working on them. It's just not the only thing they're developing."

Redditor dajolie actually wants more in-game content and events rather than story content, and players agree. "Story content is very expensive to produce and is very quickly consumed by players, esp in an mmo where you can't branch that much. I'd rather have new world bosses, "dungeons", events - something worth grinding and worth grinding for completing better and quicker."

While the Fallout 76 community is somewhat divided on the specifics of the new content, everyone agrees the game needs a better structure in order to keep everyone engaged. Right now the game is built on an incredible grind that burns a lot of players out--that's on top of the myriad of glitches, bugs, and other technical issues that pop up frequently.

Bethesda shows no signs of stopping with Fallout 76, and the team is apt to break more things as they add more content. That's the curse of live games and it's something the studio has to contend with as long as Fallout 76 continues forward on this somewhat ramshackle foundation.