The University of California is spearheading a mission that will send two satellites to Mars, and these satellites are named "Blue" and "Red". 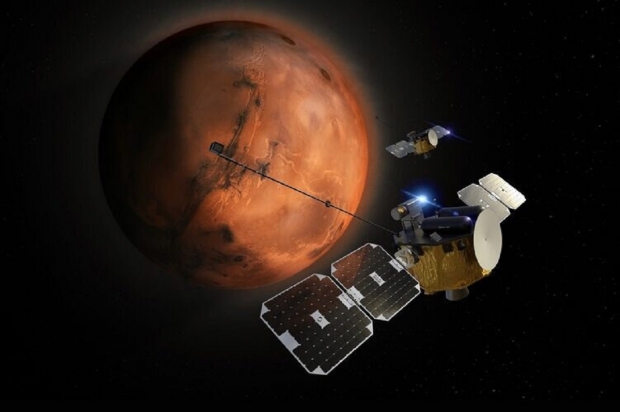 NASA announced the mission last week and said that it has been authorized for launch in October 2024. The mission is titled the Escape and Plasma Acceleration and Dynamics Explorers (ESCAPADE), and the core idea of the mission is to show that a spacecraft can be built, tested, integrated and launched for less than $80 million.

The speed and cost of the entire process is the main exploration point for scientists and NASA as it will mean the agency will be able to create a craft and launch towards planets in a short amount of time. Usually, a planned launch towards a planet requires years of planning, sometimes even ranging up to decades. Not to mention that costs are extremely expensive, often ranging in the billions of dollars.

Robert Lillis, SSL's associate director for planetary science and astrobiology and mission leader, said, "ESCAPADE and two other NASA missions recently approved are experiments to see whether advances in the space industry over the last five to 10 years can translate to a much better bang for the buck in terms of science per dollar."

Adding, "Sending two spacecraft to Mars for the total cost of under $80 million is just unheard of, but current NASA leadership is taking the risk."

Lillis also said that these missions are "a new commercial, higher risk, high reward way of doing things. Instead of spending $800 million for a 95% chance of success, can we spend $80 million for an 80% chance? This is what NASA is trying to find out with these missions."

The satellite's goals when/, if they arrive at Mars, will be to examine the atmosphere of the red planet and gather data for researchers back on Earth that will attempt to piece together the planetary history to determine how the atmosphere was lost. For more information on this story, check out this link here.