The first official teaser trailer for Spider-Man: No Way Home is finally here, which you can check out below:

In the third outing of the Tom Holland-led Spider-Man franchise, Spider-Man: No Way Home sees the titular character asking Dr. Strange for help. If you remember in the previous Spider-Man: Far From Home, Mysterio and Spider-Man battle, and in the end Mysterio exposes Spider-Man as Peter Parker in the real-world.

Peter asks Dr. Strange to put a spell on the planet to make everyone forget that he was Spider-Man, and in typical Peter/Spider-Man fashion, he talks too much and then something goes wrong with Dr. Strange's spell. The world changes, and out pops a familiar and iconic nemesis of Spider-Man from the Tobey MacGuire-led original Spider-Man trilogy: Doc Oc.

As for the full movie, Spider-Man: No Way Home will be in theaters on December 17 -- "exclusively" says the official Spider-Man Movie Twitter account. Strange, given that Disney owns Marvel and has its own streaming platform with Disney+ but I guess they didn't like the reception and profits of Black Widow being pushed onto the platform. 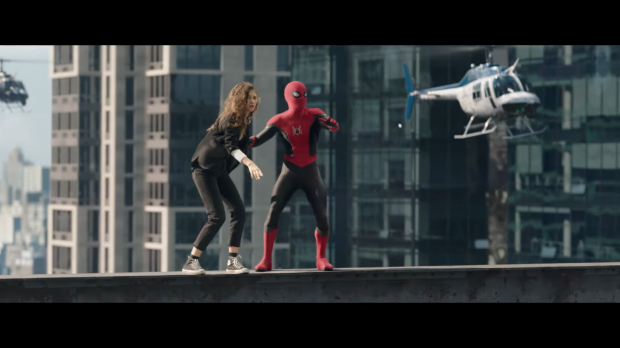