AMD is still cooking up its next-gen Zen 4 architecture, with new rumors teasing that new Ryzen CPUs of the future powered by the Zen 4 CPU architecture will all have integrated GPUs. 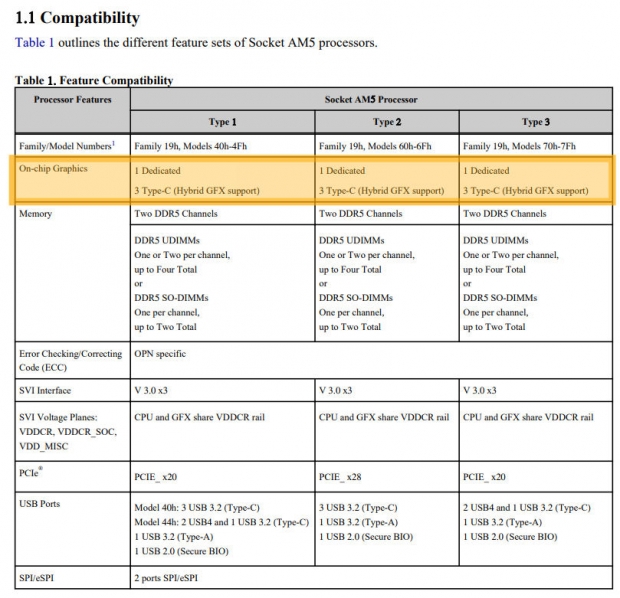 The new Zen 4-based Ryzen CPU series should arrive as the Ryzen 7000 series family of processors from AMD and will arrive on the new AM5 socket that we've been hearing much more about lately. The new rumor is coming from Chips and Cheese, which reports three types of AM5 processors that all have integrated GPUs included.

This is a big departure from AMD having integrated graphics on its Ryzen G-series processors, with all of the new Zen 4-powered CPUs having an integrated GPU. The site notes that the document above says "Some OPNs... may not support GFX" which would mean AMD would gimp or disable the integrated GPU, but the chip itself would ship with an integrated GPU.

We've heard about these chips before under the codename of AMD Raphael, which packed RDNA 2-powered Navi 2X graphics. The new AMD Ryzen 7000 series CPUs will be made on the new 5nm node from TSMC, and should also offer DisplayPort 2.0 for some of these CPUs and motherboards.